What is the economic survey? All you need to know about India's annual flagship document 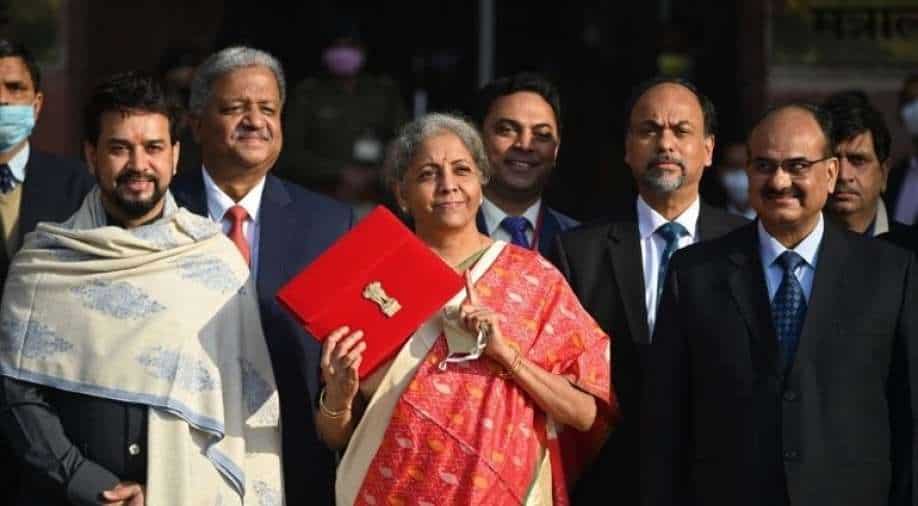 India's Finance Minister Nirmala Sitharaman (C) along with her staff leaves the Finance Ministry to present the annual budget in parliament in New Delhi Photograph:( AFP )

It evaluates the trends in agricultural and industrial production along with infrastructure, employment, money supply, prices, imports and exports, foreign exchange that have a significant bearing on the annual budget of India

The Economic Survey is the annual flagship document presented by the finance ministry of India that contains a detailed analysis of the economic development of the country.

It evaluates the trends in agricultural and industrial production along with infrastructure, employment, money supply, prices, imports and exports, foreign exchange that have a significant bearing on the annual budget of India.

The Survey makes the case for continued focus on economic growth as the most important objective for India at its stage of development.

#LIVE | How will India invite new investments? Will there be more reforms to attract FDI? How to push for India's infra growth?

It delineates the constituents that would strengthen the effectiveness of policymaking, continued reforms, innovation, timely regulatory support, and withdrawal of forbearance.

After a massive COVID-19 vaccination drive and a rebound in consumer demand and investments, India forecast robust economic growth of 9 per cent for the coming fiscal year.

As per a popular tradition of presenting the Survey in two volumes. Volume I attempts to provide evidence-based economic analyses of the challenges of policymaking and tools to make it more effective.

Volume II reviews recent developments in the major sectors of the economy with a focus on the challenges faced due to the pandemic this year. This would serve as the ready reckoner for the existing status and outlook for the sectors.

Also read | India announces 'first of its kind' nuclear programme, to have 9 nuclear reactors by 2024

As per Krishnamurthy V. Subramanian, ''Clarity of objectives is imperative in policymaking as the various macro-economic policy choices always present inherent trade-offs.''

Amid the coronavirus pandemic, he called Economic Survey ''an ardent tribute to the immortal human spirit of grit and compassion encapsulated by the tireless battle against the pandemic by our frontline COVID-19 warriors.''

The Economic Survey 2022-23 will be presented by the chief economic advisor (CEA) before the ninth Union Budget under the Modi government on February 1.

The theme of last year's survey was ‘#SavingLives&Livelihoods’ and it focused on the V-shaped recovery of the Indian economy.

The first Economic Survey was released in 1950-51 and was presented along with the Union Budget for 14 years. But the trend was discontinued in 1964.