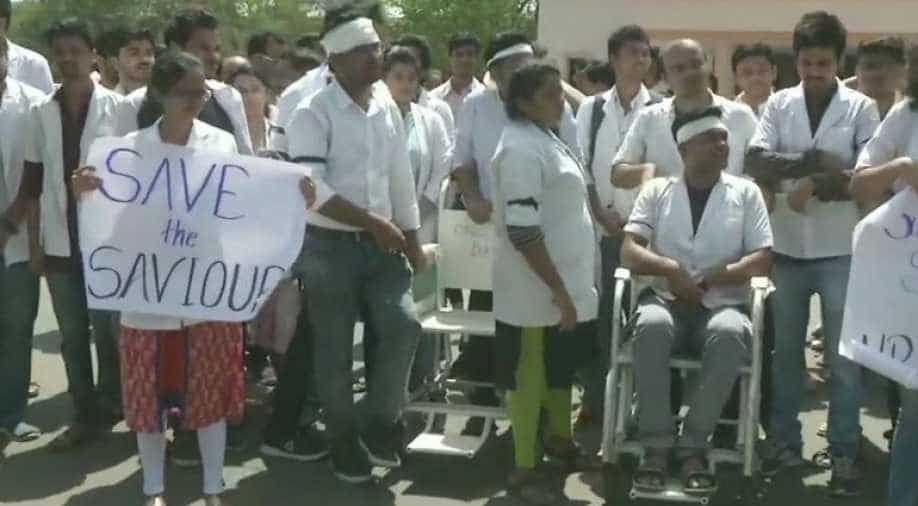 Doctors with 'Save the Saviour' & 'Stand with NRSMCH' posters at Government Medical College in Nagpur. Photograph:( ANI )

West Bengal doctors who have been agitating since Tuesday demanding better security at workplace after two of their colleagues were attacked and seriously injured at the NRS medical college and hospital in Kolkata were joined by a series of doctors from across the country today.

An official statement released by the MARD said, "We are shutting down our OPD, ward and academic services from 8 am to 5 pm today. Emergency services will not be hampered."

Holding posters, 'Save the Saviour' and 'Stand with NRSMCH', doctors from Nagpur also protested against the violence in West Bengal.

Resident Doctors at Raipur's Dr. Bhimrao Ambedkar Memorial Hospital in Chhattisgarh raised slogans of 'We Want Justice' during their protest over violence.

Marking protest over the violence, doctors from Jaipur hospital carried out their duties wearing black bands in their hands. 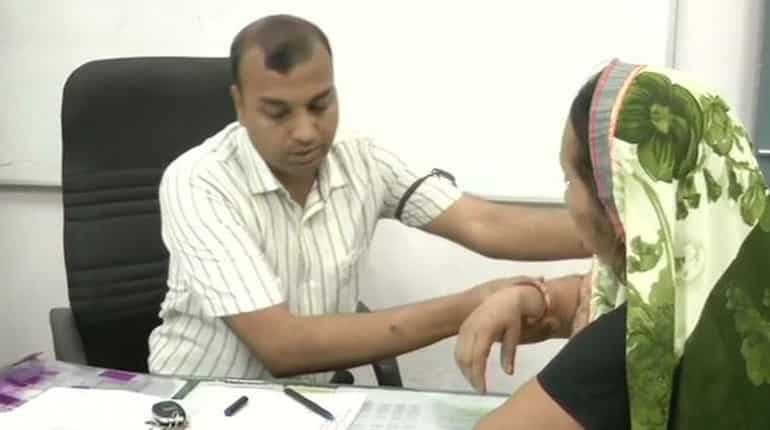 Meanwhile, Kolkata Students of NRS Medical College and Hospital are on a sit on a protest over the violence against doctors in the state. 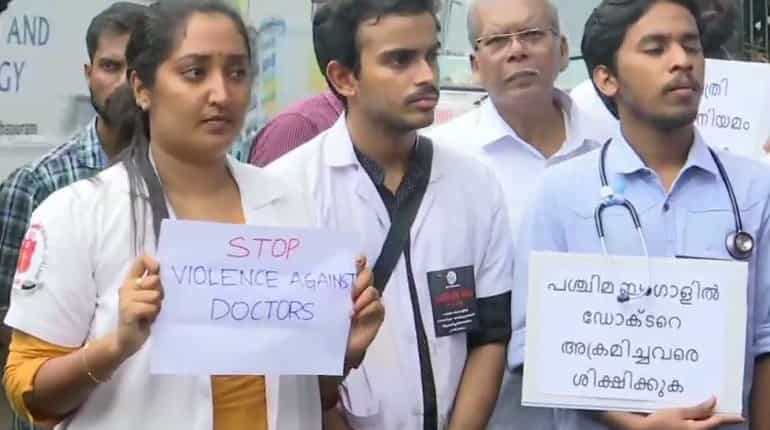 The doctors in West Bengal have been protesting since Tuesday after two of their colleagues were attacked and seriously injured at the NRS medical college and hospital in Kolkata.

Services have been affected over the past three days in emergency wards, outpatient facilities and pathological units of many state-run medical colleges and hospitals and a large number of private medical facilities in the state due to the strike. 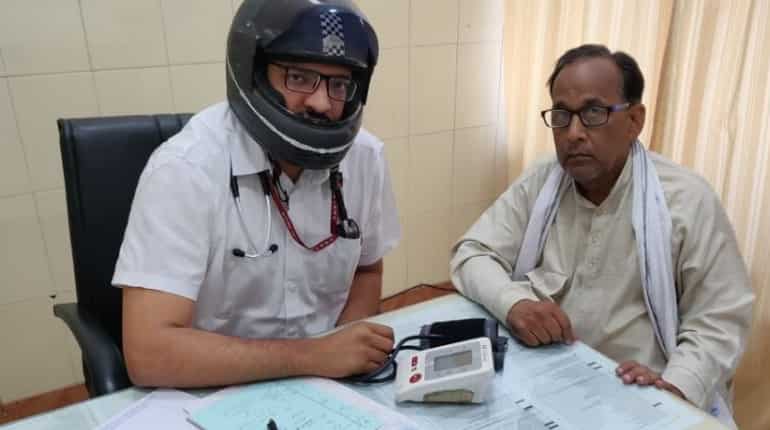 Meanwhile, the India Medical Association has also declared "All India Protest Day" on Friday against the incident and expressed solidarity with the striking doctors.