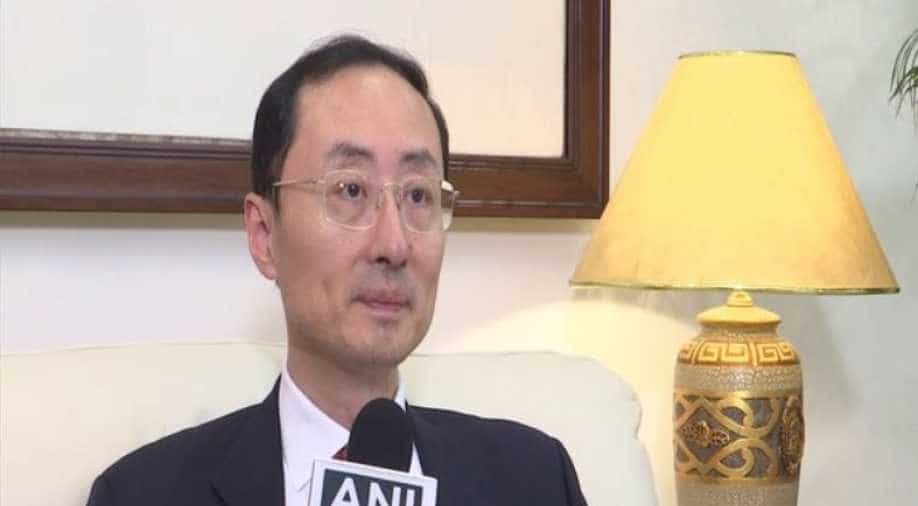 "According to a local statistics in India, in 2018-19, 92 per cent of Indian computers, 82 per cent of TV sets, 80 per cent of optical fibres, 85 per cent motorcycle components are imported from China," Sun said.

Sun Weidong, the Chinese ambassador to India on Thursday said that Beijing was committed to peace and was not a ‘strategic threat’ to India.

“To move China-India relations forward, I believe that we need to straighten our views on several key issues. First, China is committed to peaceful development, and is not a ‘strategic threat’ to India,” Sun said at a webinar on India-China relations.

Speaking at a webinar organised by the Institute of Chinese Studies (ICS) Delhi on `India-China Relations: The Way Forward', he said both China and India have been deeply embedded in the global industrial and supply chain.

"According to a local statistics in India, in 2018-19, 92 per cent of Indian computers, 82 per cent of TV sets, 80 per cent of optical fibres, 85 per cent motorcycle components are imported from China...Countless examples like these are the reflection of globalisation. And globalisation has deepened the interconnection between countries... Whether you want it or not, the trend is difficult to reverse," Sun said.

"The development of economic and trade cooperation between our two countries is determined by the international division of labour, it is also the natural choice of enterprises and consumers for our two countries under the market-oriented principles. Decoupling of Chinese and Indian economies is against the trend and will only lead to a lose-lose outcome," he said.

The Chinese envoy consistently refused to give the answer about the Chinse causalities in the Galwan clashes.