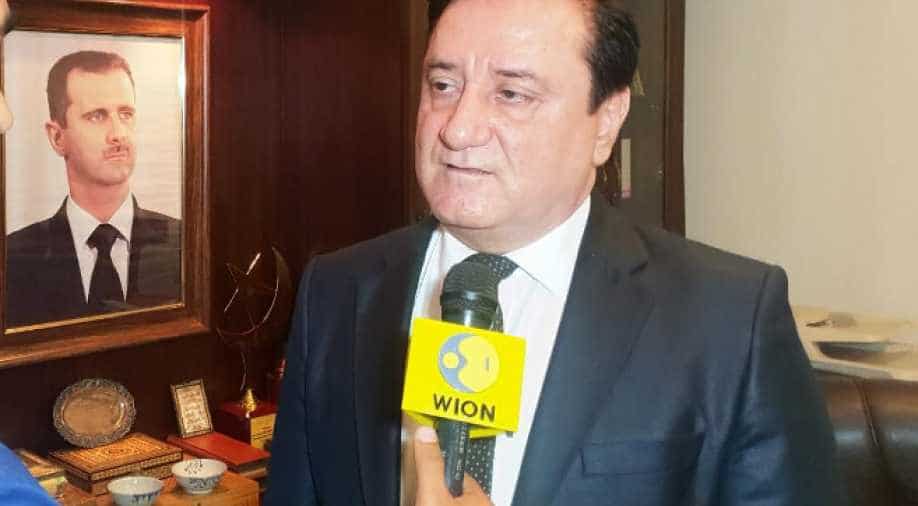 We appreciate the statement of India on Turkish aggression on Syria, the Syrian envoy to India said.

Syrian envoy to India, Dr Riad Abbas, has lauded New Delhi for backing his country after the Turkish invasion. Speaking to WION's diplomatic correspondent Sidhant Sibal, the Syrian envoy backed India's move on the Kashmir issue and its policy to come hard on Pakistan.

WION: Your country has been invaded by Turkey. Your reaction?

Dr Riad Abbas: The Turkish government supports terrorism in Syria and the Turkish invasion is to protect the Islamic State and its followers.

They want to create a free zone in the area to put all terrorist groups there with the help of the Turkish government. The US and the Turkish government protect terrorist elements. Some terrorists are being transferred by the US from Afghanistan and South Asia to the location. We are in the process to liberate the area from foreign troops and terror groups. Our army took action in the area. We plan to defeat the Turks and terrors groups.

WION: Your reaction to New Delhi backing your country and have you briefed Indian officials on invasion by Turkey?

Dr Riad Abbas: India is a great country with a strong voice in the international community. We appreciate India's stance since the beginning of the crisis. We appreciate the statement of India on Turkish aggression on Syria. We usually do a weekly or monthly brief (to Indian officials) about the current situation in Syria.

WION: What do you have to say about Pakistan's support to Turkey?

WION: Do you expect any support from the Arab League and OIC?

Dr Riad Abbas: We are not keen to see what they say. They can say whatever they like and we will take action on the ground in accordance with the will of the Syrian people.

WION: What do you have to say about Kashmir?

Dr Riad Abbas: On the Kashmir issue, it has to be solved by discussion without any third country's participation and according to the Shimla and Lahore accords. India has the right to protect its people on the ground anywhere.