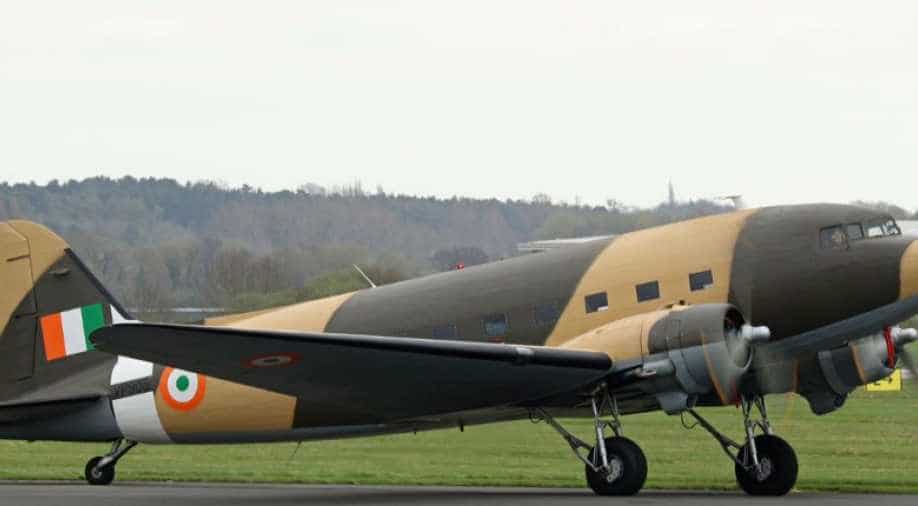 On April 22, the Dakota flew the longest leg of its homebound journey.

Having started its flight from the United Kingdom on April 17, the Dakota DC-3 - named Parashuram -  will land on Indian soil on April 25.

It will bear the tail number VP 905, the same one which the first such Dakota which transported troops of the 1st Sikh Regiment to Srinagar on October 27, 1947, during the Kashmir conflict.

#DakotaHomebound : A Dakota DC-3 aircraft of 1940’s vintage would be inducted shortly into the Vintage Aircraft Flight of the IAF. The aircraft was obtained from scrap in 2011 & restored to flying condition in UK by Hon’ble Mr. Rajeev Chandrasekhar for gifting it to the #IAF. pic.twitter.com/xq8LHza53V

Procured from scrap and restored to its flying glory with the intervention of Rajya Sabha MP Rajeev Chandrasekhar, this aircraft - regarded as one of the most versatile transport aircraft of its time - will land in Jamnagar in Gujarat on April 25 and is all set to be inducted in the Vintage Aircraft Flight of the Indian Air Force on May 4 at the Hindan Air Force Station.

The Chief of Air Staff Air Chief Marshal B.S Dhanoa had ceremonially accepted the aircraft into the IAF from Rajeev Chandrasekhar in February this year.

The IAF had signed a contract with M/s Reflight Airworks Ltd London for upgrading its navigational systems. Once the restoration was completed, it was subject to test flights and once it successfully completed those, it began its journey to India.

The Dakota is being flown to India by a joint crew of the Indian Air Force and M/s Reflight Airworks Ltd. Ever since it started its journey on April 17, the aircraft has made scheduled halts at in France, Italy, Greece, Jordan, Saudi Arabia, Bahrain and Oman. It'll now undertake the last leg of its journey from Muscat to Jamnagar.

On April 22, the Dakota flew the longest leg of its homebound journey. It flew 1,598.47 kilometres from Aqaba Royal Jordanian Air Force Base to Bahrain International Airport & carried out its first night landing as well.

A large fleet of Dakota DC-3 served in the IAF till 1988. Built in 1944, the aircraft served in the military with the Royal Air Force and was also operated by various civil airlines.

Regarded as the main workhorses of the then Royal Indian Air Force, the Dakotas are credited as being the game-changers in the 1947 India-Pakistan war by saving the Kashmir valley for India. They are also credited with hastening Dhaka's fall and the liberation of Bangladesh.

Update on #DakotaHomebound : On 22Apr18, #VP905 flew the longest leg (1598.47 Kms) of the ferry from Aqaba Royal Jordanian Air Force Base to Bahrain International Airport & carried out its first Night Landing. The homebound lap from Muscat to Jamnagar, India is planned on 25Apr18 pic.twitter.com/RpwhaFdPbk