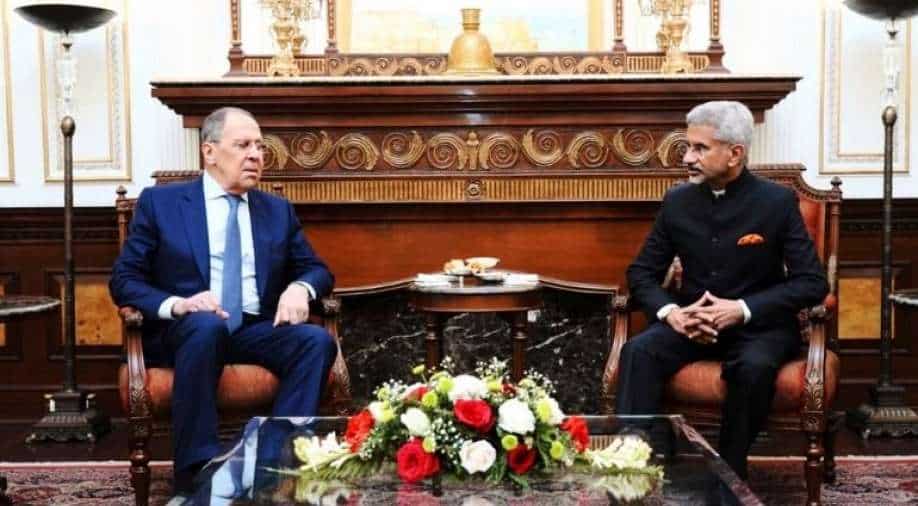 Indian External Affairs Minister S Jaishankar on Friday held talks with his Russian counterpart Sergey Lavrov, a day after the US warned of consequences over attempts to "circumvent" American sanctions against Moscow.

On Friday, Russian foreign minister Sergey Lavrov said that "I cannot imagine taking a stand as India is under pressure. India's foreign policy is built upon legitimate national interests. "

Lavrov was speaking during a press conference after meeting the Indian foreign minister in New Delhi.

"I believe that Indian foreign policies are characterised by independence and a concentration on real national legitimate interests. The Russian Federation follows the same policy, which makes us good friends and loyal partners as large countries," said Russian Foreign Minister Sergei Lavrov.

Talking about the anti-Russia propaganda mechanism, he said that for many years, there has been an anti-Russia campaign and we are trying to counter that. We are fine. Our partners are also fine.

Russian Foreign Minister Sergey Lavrov has said that if India wants to buy something from us, we are willing to talk about it and work out a mutually beneficial agreement.

Earlier in the day, India's External Affairs Minister S Jaishankar met with his Russian counterpart Sergey Lavrov on Friday, a day after the US warned of repercussions if Moscow tried to "circumvent" US sanctions.

The high-level meetings took place in the wake of reports that India may buy larger quantities of discounted Russian oil, and both sides were eager to establish a ruble-rupee trading agreement.

After a two-day visit to China, Russia's foreign minister arrived in India.

Mr. Lavrov is in India at the same time as US Deputy National Security Advisor Daleep Singh and British Foreign Secretary Liz Truss.