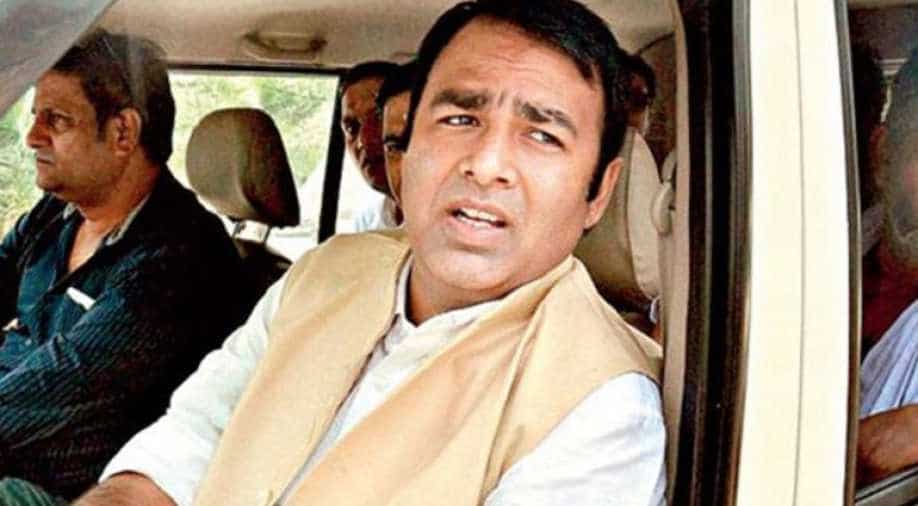 The bit about Shahjahan imprisoning his father -- Som got that wrong. It was actually Shahjahan's son Aurangzeb who imprisoned his father. Photograph:( Zee News Network )

The BJP MLA from Sardhana Sangeet Som has said the man who built the Taj Mahal -- Shah Jahan -- had wanted to wipe out Hindus.

"Many people were disappointed that the Taj Mahal was removed from UP tourism booklet. What history are we talking about? The creator of Taj Mahal (Shahjahan) imprisoned his father. He wanted to wipe out Hindus. If these people are part of our history, then it is very sad and we will change this history," PTI reported Som as saying.

BJP's Sangeet Som says,'Many were sad when Taj Mahal was removed from historical places.What history? Its creator wanted to wipe out Hindus' pic.twitter.com/5OcpJwC4d7

The bit about Shahjahan imprisoning his father -- Som got that wrong. It was actually Shahjahan's son Aurangzeb who imprisoned his father.

Quite on the contrary, it was Shahjahan's son Aurangzeb who imprisoned him to take control of the Mughal throne.

The Uttar Pradesh tourism department had recently brought a booklet. The state's tourist spots mentioned in it did not include the Taj Mahal.

PTI also reported Som as saying the Taj was a blot on Indian culture.

Som was also an accused in the Muzaffarnagar riots.

In June this year, Uttar Pradesh Chief Minister Yogi Adityanath had said the Taj -- replicas of which are given to visiting dignitaries -- do not reflect Indian culture.

The Taj is thought of as one of the seven wonders of the world.