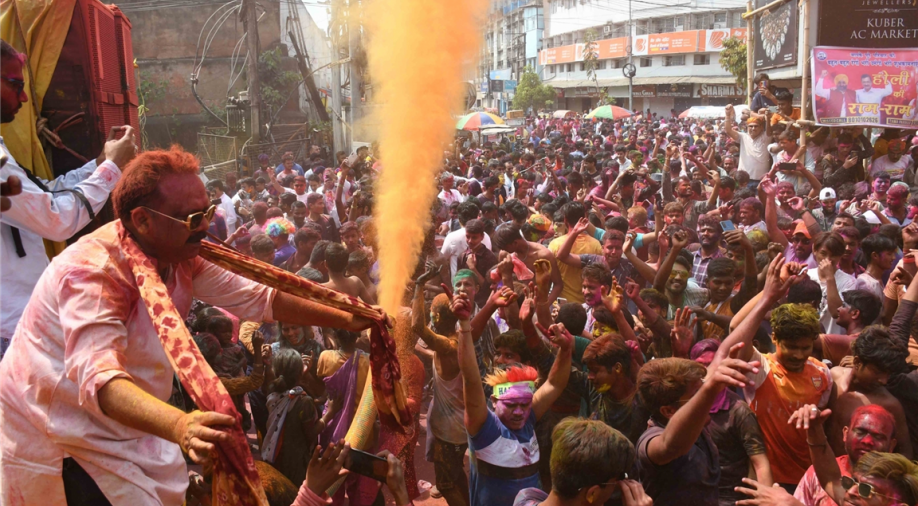 After two years of muted celebrations due to the Covid pandemic, thousands of people turned up at the holy cities of Vrindavan and Mathura in northern Uttar Pradesh on Friday to celebrate one of the important Hindu festivals, Holi.

With colours smeared on their faces and chants hailing the Lord, people stood in long queues to catch a glimpse of the deity while priests were seen playfully throwing colours at those who gathered.

In the neighbouring Mathura, believed to be the birthplace of Lord Krishna, hundreds of thousands of devotees gathered outside temples where they played Holi with colours and flower petals.

Holi marks the last full-moon day of the lunar month. The day is marked with sumptuous feasts and dancing to welcome spring.

The festival also celebrates the beginning of a good spring harvest season.

Though the festival is observed across the country, the celebrations in Vrindavan and Mathura draw foreign tourists the most. Because it is here where Lord Krishna is said to have visited his beloved Radha's town Barsana from Nandgaon in Mathura to celebrate the festival with her.

For the last two years, the festivities had been marred by the pandemic as restrictions were placed across the country to stop the spread of the pandemic.

However, most curbs have now been lifted as India witnessed a significant drop in cases with only 2,528 new COVID-19 cases being reported on Thursday. While death count rose to 5,16,281 with 149 fresh Covid-related fatalities.

The recovery rate in India has increased to 98.72 per cent and the case fatality rate was recorded at 1.20 per cent.