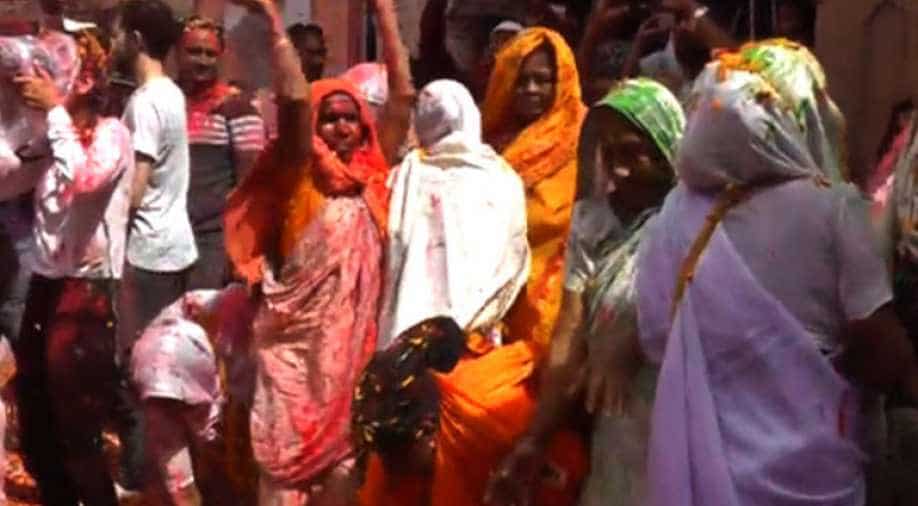 Fervour was seen in the eyes of the widows in Vrindavan as they celebrated Holi with colours and flowers on Wednesday.

The widows broke an age-old practice which came into existence due to social ill-practices, by first playing the festival of colours with Lord Krishna.

Vrindavan is widely regarded as one of the holiest towns in Uttar Pradesh, where the celebration of Holi starts at least a week before the actual day of the festival.

Dr Bindeshwari Pathak, the founder of Sulabh International, said, "All women are very happy with this change. Earlier, according to our tradition, widows were not allowed to touch colour, but now, there is no such barrier, as we have broken an age-old practice."

He further said the widows in Vrindavan have been enjoying Holi since 2012.

A widow in Vrindavan said, "Playing Holi has brought new colours into our lives."