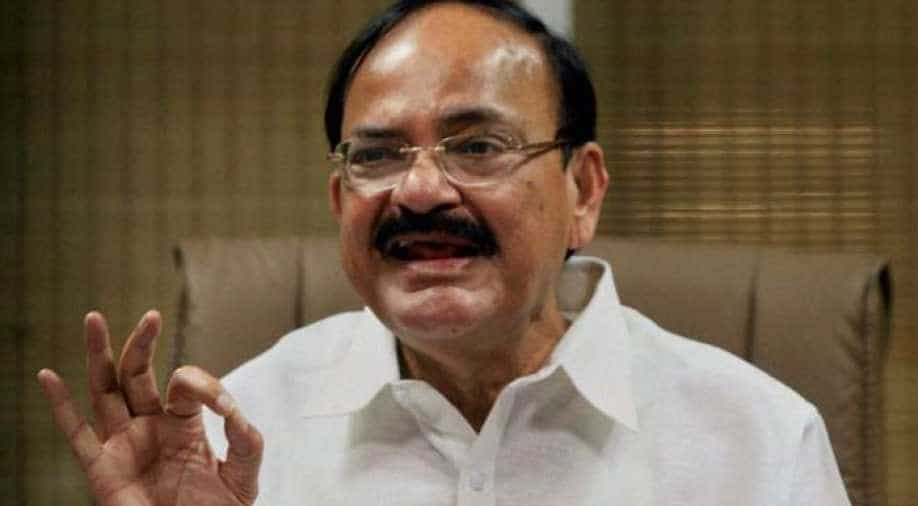 Vice President Venkaiah Naidu is scheduled to visit Comoros, Sierra Leone and Lesotho from October 10 to 16. The visit is expected to increase the India's outreach with Africa

Vice President Venkaiah Naidu is scheduled to visit Comoros, Sierra Leone and Lesotho from October 10 to 16. The visit is expected to increase the India's outreach with Africa.

While Comoros is an island nation in the Indian ocean, Sierra Leone is in south-west Africa and Lesotho is in Southern Africa.

Since 2015, there have been 29 outgoing visits by the troika of President Ram Nath Kovind, Vice President and Prime Minister Modi to Africa. Also, New Delhi has hosted over 35 leaders from Africa. Every single African country has been visited at least by an Indian minister in the past four years.

Comoros is a member of Indian-Ocean Rim Association and the visit is part of New Delhi's growing engagement with countries of that Indian ocean region. President of Comoros Azali Assoumani visited India in March 2018 to participate in the Founding Conference of the International Solar Alliance.

India will be opening its mission in Sierra Leone in 2019-20 as part of opening 18 missions in Africa. India was among the first countries to contribute troops to the UN Mission in Sierra Leone. The then-president of Sierra Leone Ernest Bai Koroma visited India in October 2015 to take part in the third India Africa Forum Summit.

His Majesty King Letsie III of Lesotho along with his family visited India on a private visit from December 27, 2017‐January 2, 2018. In 2017, 500 metric tonnes of rice were formally donated by India to Lesotho as a gesture of goodwill to mitigate the devastating effect of food shortages caused by famine.

After South Asia, Africa has been the largest recipient of Indian overseas assistance.181 lines of credit have been extended to 41 countries for a total amount of over 11 billion dollars.

India has undertaken power projects and dams in Sudan and Rwanda, water treatment in Tanzania, sugar factories in Ethiopia and IT Parks in Mozambique and Swaziland. New Delhi has set up seven Vocational Training Centres and six Information Technology Centers in Africa.