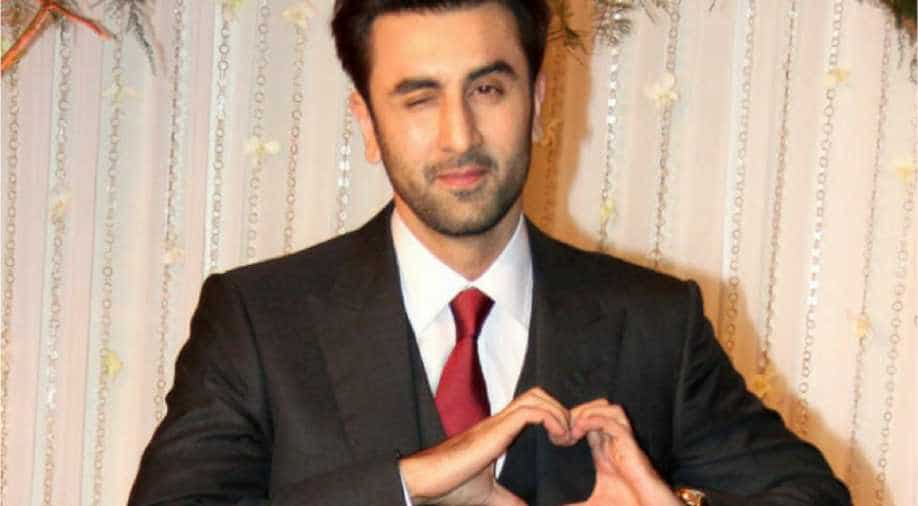 Ranbir calls out on haters and says 'Smoking and hate are both injurious to health' Photograph:( Twitter )

Indian actor Ranbir Kapoor and Pakistani actress Mahira Khan's pictures of smoking in New York have been trending on Twitter for the past two days with many celebrities from both the countries coming forward to support their freedom of choice.

Ranbir now chooses to break his silence over the social media-fueled drama and has come out with a statement.

It reads: "I've gotten to know Mahira in a personal capacity over the last few months. She is somebody who I admire and respect, for her achievements and even more for the person she is. It is very unfair the way she is being judged and spoken about. What is also sad is the inequality in judgment just because she is a woman. I request you to stop the negativity and move on with your beautiful god gifted lives. Peace and love."

He added: "PS: Both smoking and hate are injurious to health."

The pictures that went viral had Mahira dressed in a white short dress while the two shared a smoke.

Mahira Khan with Ranbir Kapoor caught and snapped on the street of New York !! Love is in the air !! pic.twitter.com/kUI6RKl0mE

After the pictures went viral and Mahira became the butt of criticism, Indian celebrities took to the social media platform against this prejudiced mindset. Speaking to PTI, Parineeti Chopra said "I'll just say one line. It's a little unfair. Everybody knows it's unfair and it'll stop. Today, because of social media, everything becomes too big a deal."

Varun Dhawan, who is busy promoting his upcoming film Judwaa 2, added: "Shame on them for shaming her."

Pakistani celebrities too came out in support of Mahira:

While I write this caption, I'm extremely saddened to read the comments you all have been passing on for this icon of Pakistan Entertainment Industry who has done quite too well to place Pakistan on the cultural map of the world! People, when I say this I mean it, she is definitely one of the most humbled actresses of our times with the midas touch of personality and warmth. Why to judge and attack someone making speculations for no reason? Requesting to live and let live! @mahirahkhan #mahirakhan #sanambaloch #official #exclusive

Ranbir and Mahira have been rumoured to be dating after they made an appearance together at Global Teacher Prize event in March.

In an interview during his latest film ''Jagga Jasoos" promotions, Ranbir was also quoted saying: "Mahira from Pakistan is very pretty" which increased doubts.

Mahira Khan is yet to respond to the supposed link-up even though she has rubbished such rumours earlier this year when similar news started floating around.