UP police inspector, civilian killed in protest over illegal slaughterhouse in Bulandshahr 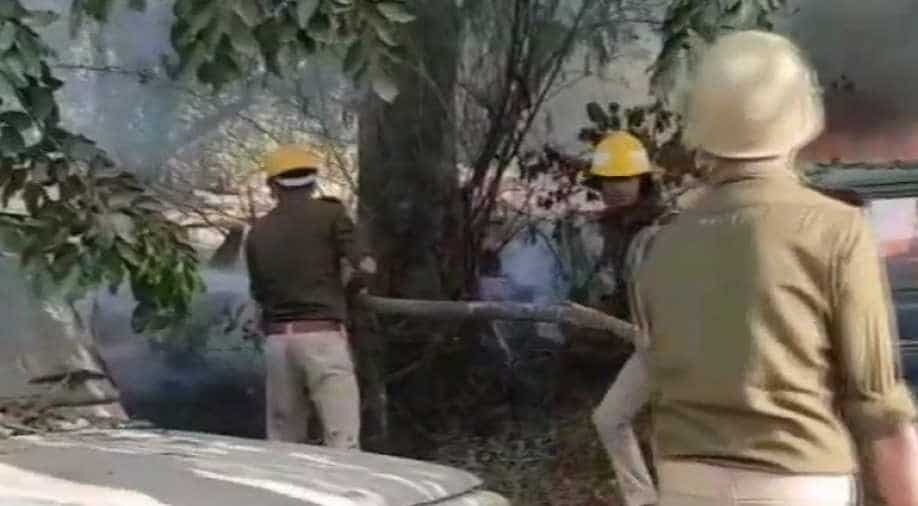 Inspector Subodh Kumar, who was posted at the Syana Police Station, died in the violence, he said, but did not elaborate.

Violence broke here on Monday over the alleged illegal slaughter of cattle, leaving a police inspector and a youth died as a mob went on a rampage here torching a police post and clashed with police, which opened fire to control the situation, officials said.

Additional Director General of Meerut zone Prashant Kumar said the protesters from Mahaw village and nearby areas pelted stones on the police and indulged in arson setting several vehicles and the Chingarwathi Police Chowki on fire.

Inspector Subodh Kumar, who was posted at the Syana Police Station, died in the violence, he said, but did not elaborate.

The trouble started after villagers found some body parts of the cow and its progeny in a jungle in Mahaw village, the ADG said.

One police inspector dead during a clash with people protesting against illegal slaughterhouses in Bulandshahr pic.twitter.com/Ugts7FDtsI

Angry villagers and members of various Hindu groups brought the animal remains in tractor-trolley to the Chingarwathi Police Chowki and demanded action against the culprits.

They raised slogans against the police administration and blocked the Bulandshahr-Garh highway.

District Magistrate Anuj Kumar Jha said police and senior officials tried to reason with the protestors but they refused to budge.

Meerut Divisional Commissioner Aneeta C Meshram said she was rushing to the spot to take stock of the situation.