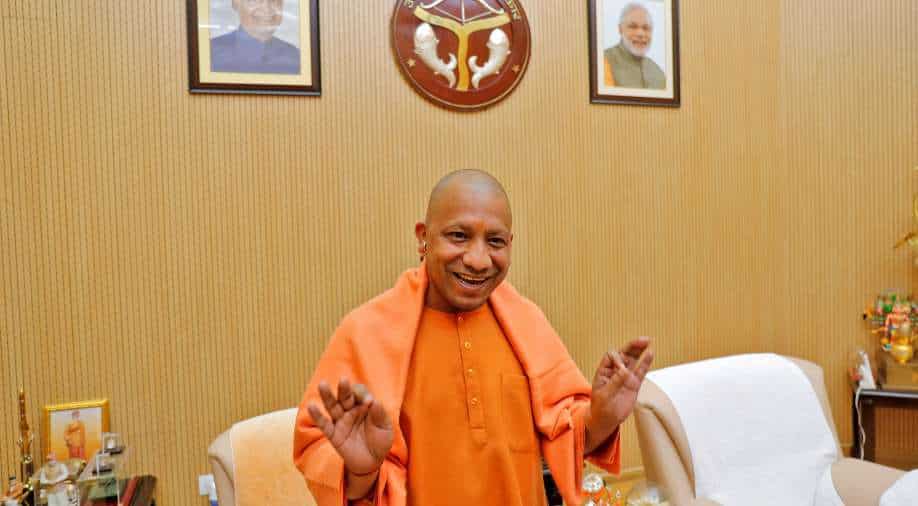 Chief Minister Yogi Adityanath, who got around 1,50,000 votes from Gorakhpur (Urban) constituency, ran a high-decibel campaign and defied anti-incumbency predictions amid a devastating Covid pandemic and the farmer protests

With the Bharatiya Janata Party securing a second term in India's most populous state, Uttar Pradesh, the saffron party broke two political superstitions that dreaded many chief ministers for the past 35 years.

Chief Minister Yogi Adityanath, who got around 1,50,000 votes from Gorakhpur (Urban) constituency, ran a high-decibel campaign and defied anti-incumbency predictions amid a devastating Covid pandemic and the farmer protests.

However, his win not only reposed people’s faith in his policies and style of functioning, but it also broke a 35-year-old political superstition that haunted my politicians in the past.

A myth had gained currency among the political circles that any sitting chief minister who visits Noida city in Gautam Budh Nagar district would lose power.

The jinx started with the ouster of then chief minister Vir Bahadur Singh who was forced to resign in 1988, only a few days after he visited Noida.

Then in 2012, former CM Mayawati lost power after she visited Noida in 2011 to attend an event, ignoring the jinx.

Akhilesh Yadav later assumed power, but he never went to Noida even once during his tenure.

Speaking on the occasion, PM Modi scoffed at the Noida jinx saying, “Yogi Adityanath deserves adulation for dismissing superstition that a chief minister should not visit Noida.”

No party ever retained power for two consecutive terms

Another superstition associated with UP is that no political party has ever retained power for two consecutive terms.

However, this superstition was busted on Thursday, and for the first time in 36 years, the chief minister of the ruling party is getting re-elected for the second consecutive term.