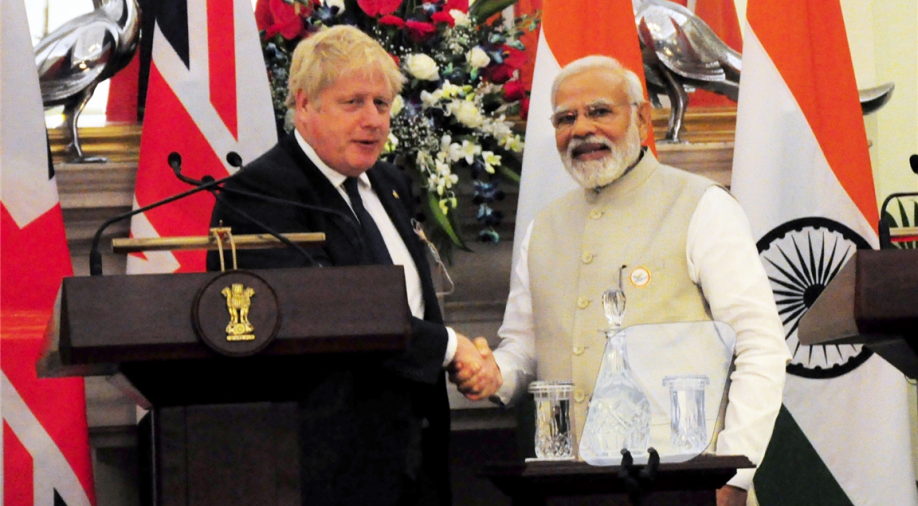 Ahead of crucial talks between Indian Prime Minister Narendra Modi and his British counterpart Boris Johnson, UK has said that it will offer New Delhi "know-how" on building fighter jets.

The development is likely to provide a much-needed boost for India’s ‘Make in India’ programme in the defence sector.

A statement from UK Prime Minister's Office said that the country will "support for new Indian-designed and built fighter jets, offering the best of British know-how on building battle-winning aircraft."

The offer is being seen as London's attempts to away India’s reliance on Russia for its defence needs. India imports a bulk of defence equipments, including spare parts, from Russia.

The UK statement explained that it "will also seek to support India’s requirements for new technology to identify and respond to threats in the Indian Ocean".

This comes in the wake of increased Chinese presence in the region engaged in IUU—illegal, unreported and unregulated activities.

Last year, UK deployed its Carrier Strike Group in Indian Ocean Region as part of its strategic tilt to the Indo-Pacific.

Ahead of his meeting with the Indian PM, Prime Minister Boris Johnson said, "The world faces growing threats from autocratic states which seek to undermine democracy, choke off free and fair trade and trample on sovereignty.”

"UK’s partnership with India is a beacon in these stormy seas,” he added.

The UK PM is on a two-day visit to India, with the first day being spent in Gujarat on Thursday.