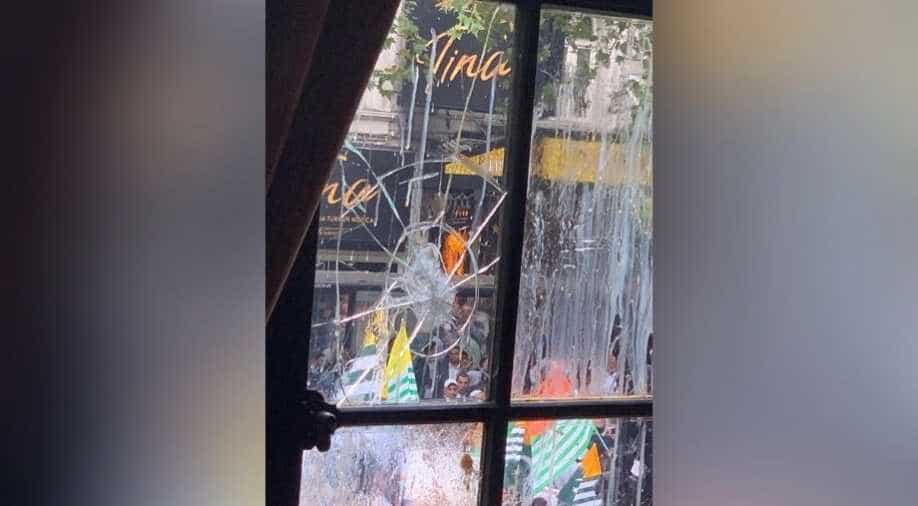 Pakistan backed groups are planning to stage a massive protest on October 27 on the occasion of Diwali near the Indian high commission.

"We have got some indication from the UK government that they are aware of our concerns in this regard...we have been told that this time around they will be taking adequate steps to prevent representation of such incidents that happened earlier", Ministry of external affairs spokesperson Raveesh Kumar said.

UK authorities are also alert this time. A British high commission spokesperson said, "We respect the right to protest within the law but strongly condemn any damage caused to diplomatic missions. The safety and security of diplomatic missions in the UK, and their staff is of utmost concern and we fully recognise our obligations under the Vienna Convention."

"We have been and remain in close contact with the Indian High Commission in London to emphasise this,” he added.

Pakistan backed groups are planning to stage a massive protest on October 27 on the occasion of Diwali near the Indian high commission.

The Scotland Yard has denied permission to protest, given the fact that last time there was vandalisation of the property. This is the third time Pakistani groups are planning major protest following the revocation of special status tor Jammu and Kashmir.

"Government of Pakistan has set up Kashmir cells in all their missions across the world. The main objective of these cells is to incite the local population with a nationality where they belong to and objective is to radicalise through false propaganda," said Ministry of External Affairs spokesperson.

" We hope countries where Kashmir cells are, they do realise that they are very dangerous" since they "inciting violence and they should be closed," he added.