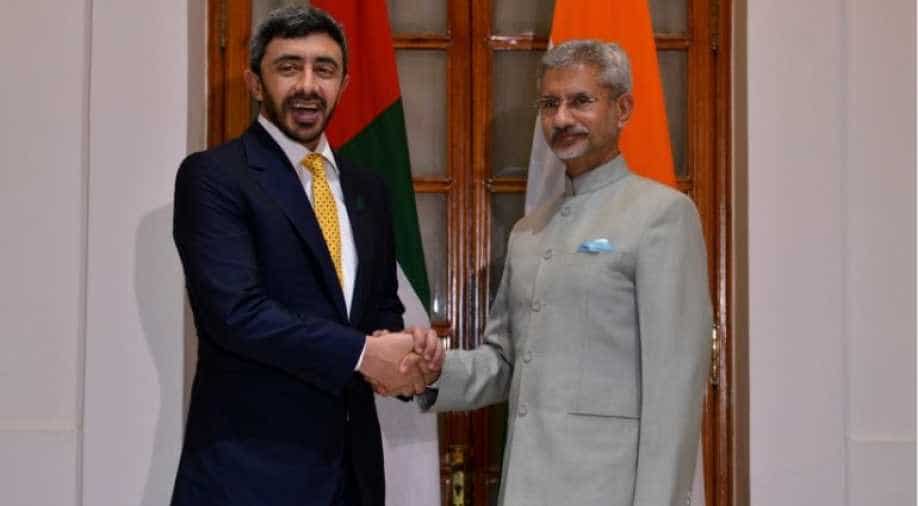 The visiting UAE Foreign Minister arrived here on a three-day bilateral visit to the country on Sunday evening.

"EAM S Jaishankar welcomes UAE Foreign Minister HH AB Zayed ahead of the delegation-level talks. In recent years, our age-old relationship has been nurtured to take it to a higher trajectory on the foundation of frequent high-level exchanges," the Ministry of External Affairs spokesperson wrote on Twitter.

The visiting UAE Foreign Minister arrived here on a three-day bilateral visit to the country on Sunday evening.

On Tuesday, the UAE Foreign Minister is scheduled to meet Prime Minister Narendra Modi and participate in a business roundtable interaction with CEOs of Indian companies.

The visit is aimed at providing the two sides with an opportunity to explore new areas of cooperation to further strengthen the comprehensive strategic partnership, the Ministry of External Affairs said in a statement.

The UAE is India's third-largest trade partner and fourth largest energy supplier. It is also the first country to participate in India's 'Strategic Petroleum Reserves' programme.

Modi had visited the UAE in August 2015 during which the two countries decided to elevate their relations to a comprehensive strategic partnership.

The Prime Minister had also paid a visit to the Gulf nation again in February last year.