Tourist entry at Taj Mahal likely to be capped at 40,000 daily 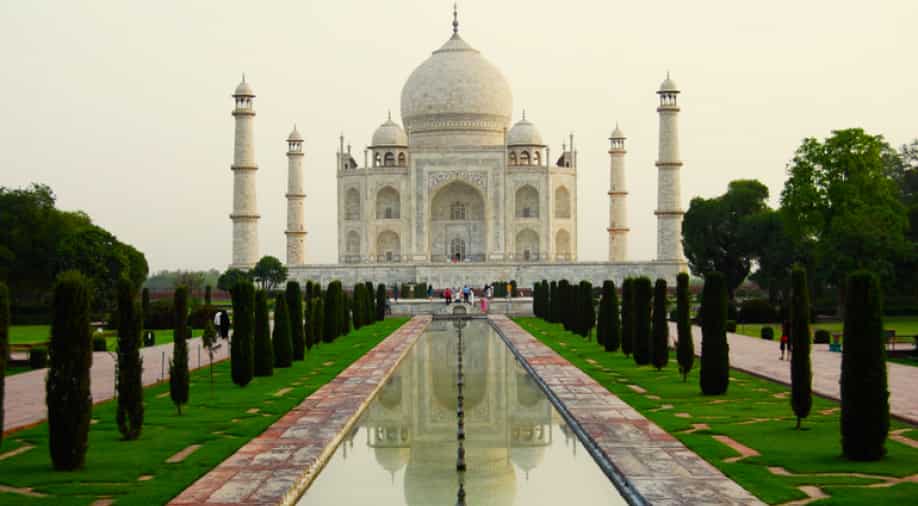 The average footfall at the monument has increased at a rate of 10-15 per cent per annum. Photograph:( Zee News Network )

The Archaeological Survey of India (ASI) is likely to restrict the number of tourists visiting the Taj Mahal to 40,000 daily, and put a three-hour cap on each ticket holder to tour the 17th-century Mughal monument in a bid to preserve the heritage site, a source in the culture ministry said.

Culture Secretary Ravindra Singh held a high-level meeting on Tuesday with ASI officials and representatives of Agra district administration and officers of the Central Industrial Security Force, where the decision was taken.

Ministry officials said that the sale of tickets - both online and offline - will be stopped at the 40,000 mark.

As of now, there is no restriction on the number of people entering the iconic monument complex at any point of time. The average footfall at the monument has increased at a rate of 10-15 per cent per annum.

Many times, during peak tourist season and other occasions, the number of tourists inside the complex crosses 60,000 to 70,000 per day.

The ASI is also likely to introduce a system to issue "zero-value" tickets to children below the age of 15 years, enabling them to keep a count of the number of such visitors, whose entry will remain free.

The ASI had in 2012 commissioned the National Environmental Engineering and Research Institute (NEERI) to prepare a report on the monument's load-bearing capacity.

The decision to limit the number of visitors has been based on the final recommendation in the report submitted by NEERI, the officials said.

The Taj Mahal is considered one of the finest specimen of the Mughal architecture. In 1983, it became a UNESCO World Heritage Site and was cited as "the jewel of Muslim art in India and one of the universally admired masterpieces of the world's heritage."