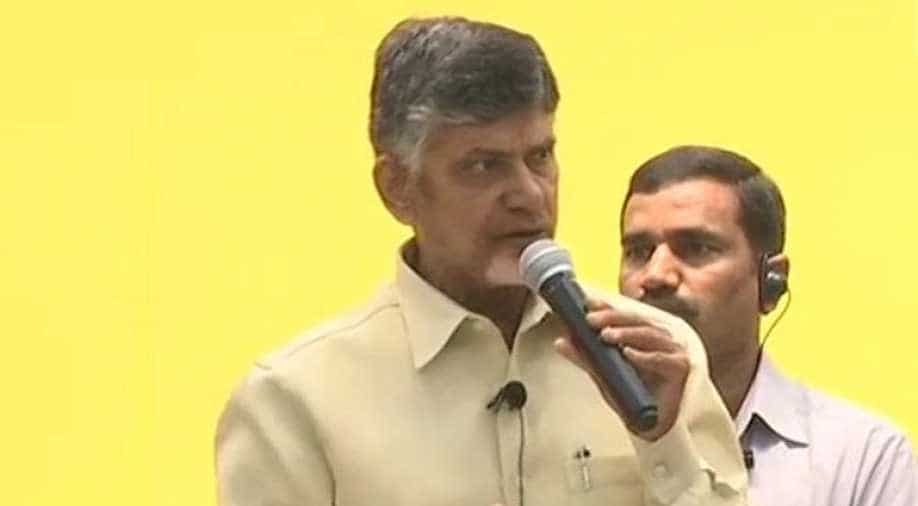 Addressing the TDP minority wing members, Andhra Pradesh chief minister Chandrababu Naidu assured them that his party had always been working for their welfare.

He said that the minority was not happy when they (TDP) allied with NDA, but they(TDP) have always worked for their welfare.

He said "You have always been supportive of TDP, but you were not happy that we allied with BJP. We have been working for welfare of Muslims".

He further said it was his party that had responded first against the criminalisation of Triple Talaq.

It was TDP and not YSRCP who responded on #TripleTalaqBill. I told BJP leadership that criminalization of triple talaq was not correct. I was the first to oppose it: AP CM N Chandrababu Naidu addressing TDP minority wing members pic.twitter.com/OI6nkkTtpF

Speaking on the recent debates on the no-confidence motion against NDA, he said that his party was expecting justice from the state, but it was not delivered.

He said "We thought as an NDA member, BJP will do justice to the state, but nothing happened. We waited for four years, but of no use. Even in the last budget justice was not done".