There is no intolerance in the country; fashionable to oppose whatever Modi govt does: E Sreedharan 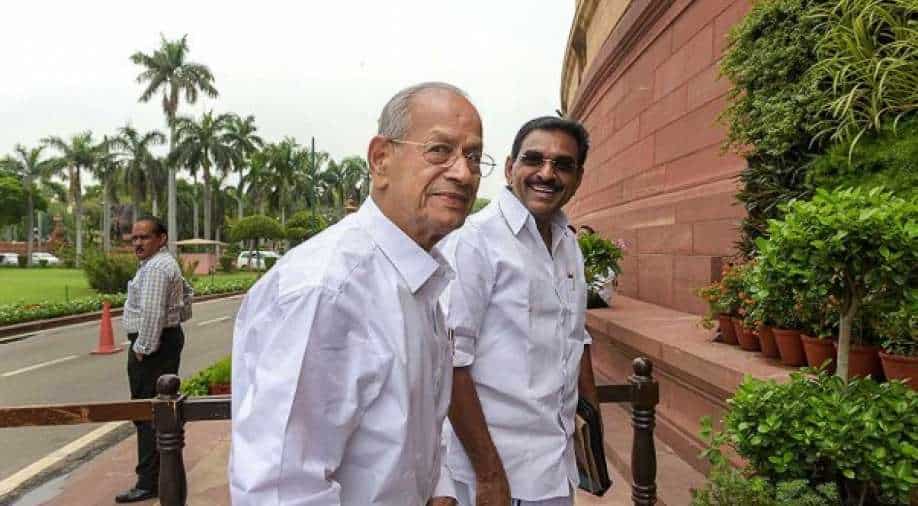 Hailing from Kerala, the 88-year-old technocrat said that he wants to do things for the benefit of the state and those can be done by entering politics.

India's Metroman’ Elattuvalapil Sreedharan E Sreedharan on Friday said his main aim of joining Bharatiya Janata Party is to help the party come to power in Kerala and that he will be open to chief ministership.

Known as 'Metroman' as well as for the efficiency in completing big infrastructure projects, Sreedharan said that It has become a fashion to oppose whatever the Modi government is doing.

He strongly supported the new farm laws and asserted that there is no “intolerance” in the country.

He also said any attempt to malign the government before a foreign dispensation or medium can’t be called “freedom of expression” as that would tantamount to “war against the establishment” and this constitutional right has to be controlled if it is misused against our own country.

Hailing from Kerala, the 88-year-old technocrat said that he wants to do things for the benefit of the state and those can be done by entering politics. He said his main aim is to help the BJP come to power in Kerala where the assembly polls are due in April-May this year. Sreedharan said that he has known Prime Minister Narendra Modi for several years. When Modi was the Chief Minister of Gujarat, he had worked on various projects in the state.

“I know him (Modi) from very close quarters. He is very upright, corruption-free, committed, very passionate about the country’s interests, very hardworking and very forward-looking,” he added.

In an interview to PTI, he said the debate on nationalism that is happening is unfortunate and that there are “so many petty parties” that are all against the BJP and a combined attack is going on against it for no reason.

“That is why all these things are happening. The government is so forward-looking and dynamic…if they join (support) the (central) government, things will be so different for India and the world. Unfortunately, some of our friends in opposite parties are working against the interests of the country,” he said.

On the ongoing farmer protests against the Centre’s new farm laws, Sreedharan opined that farmers might not have really understood the benefits of these legislations.

When asked whether the protests could be seen as a kind of situation where it is about industry versus farmers, he replied in the negative and said, “It has nothing to do with the industry unless we are dragging industry into it.”

“It is that either farmers have not understood or they don’t want to understand for political reasons. It has become a fashion in this country that whatever the (central) government does, oppose it…. Anything that the government wants to do, there is an opposition, unfortunately,” said Sreedharan, who is better known as the ‘Metroman’ and has been instrumental in developing the Delhi Metro Rail project apart from various other infrastructure projects.

Ruling out the possibility of him acting as a mediator between the central government and the protesting farmers, Sreedharan said the issues have to be sorted out by the government.

“They have to educate the farmers and tell them that it is in their own interest. If this is not done, what is going to happen to them? They (protesting farmers) don’t realise what will happen five years down the line,” he noted.

To a query on whether he is optimistic about a constructive solution to the ongoing protests which have been going on for a few months now, he said the protests are not being dragged on by farmers really but “dragged on by elements opposed to the central government”.