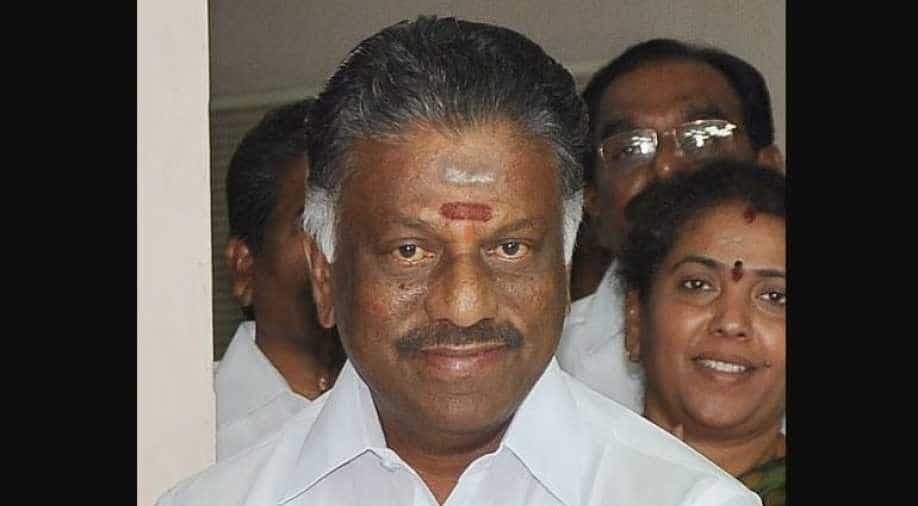 Raja's sacking came hours after he took over as the district chief of a milk producers' union in Madurai.

The party welcomed the action, saying it showed that the leadership would not tolerate any indiscipline, irrespective of the person's status.

The decision to sack Raja, a former panchayat body chief hailing from Theni district, was announced by Panneerselvam and Joint Coordinator K Palaniswami.

Palaniswami is the Chief Minister of the state, while Panneerselvam is his deputy.

Raja's sacking came hours after he took over as the district chief of a milk producers' union in Madurai.

The two leaders, in a short statement, said that Raja has been sacked from all posts, including the AIADMK's primary membership.

The action was taken "for going against the party's policies and bringing disrepute to it," they added.

"From today onwards, Raja is being removed from all posts, including the primary membership," they said.

Raja had violated party discipline, the two leaders said and urged AIADMK workers not to have any contact with him.

Meanwhile, Jayakumar said that the action against Raja would serve as a warning to anyone who tries to go against the party, which was a "disciplined" organisation.

"When somebody does anti-party activities in a disciplined organisation like the AIADMK, they have to be sacked. There is no place for sibling relationship here," he said, responding to reporters' queries about Panneerselvam acting against his younger brother.

"It is a welcome thing that action has been taken by (Panneerselvam) despite Raja being his younger brother...This will be a lesson for others too," he added.

The chief minister and his deputy "have made it clear" that anyone who goes against the party would face action, he said, adding, that was evident from today's move.

Jayakumar, state Fisheries Minister, however declined to reveal what kind of alleged anti-party activity Raja had done that warranted his expulsion.