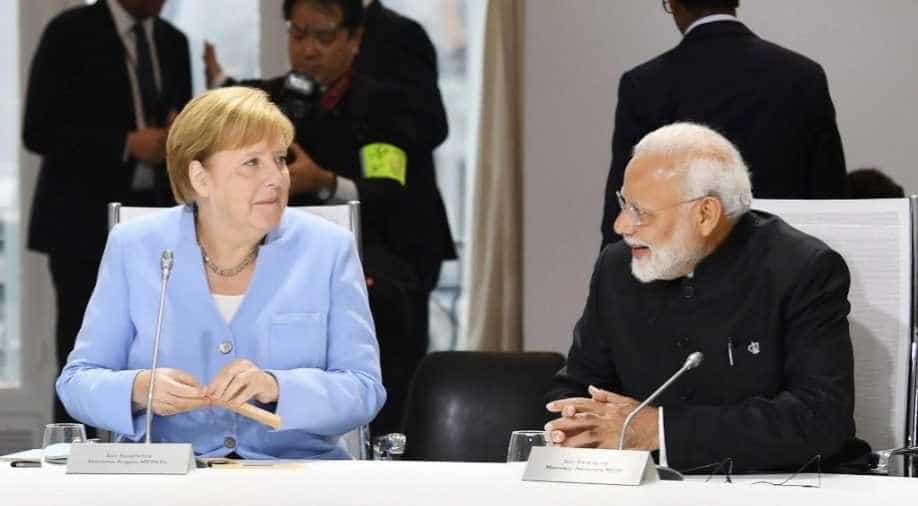 From climate change to tender for e-rickshaws to India's membership for the Nuclear Suppliers' groups were among the topics that dominated the talks when Prime Minister Narendra Modi sat with world leaders on the sidelines of the G7 summit.

United Nations Secretary-General (UNSG) understood India's position on its bid for Nuclear Suppliers Group (NSG) and said that he is willing to help on the matter when Guterres raised concerns over India's thermal power plants in the context of climate change. New Delhi has been focusing on renewable and nuclear energy in a bid to curtail pollution.

"PM referred to UNSG that nuclear power is investment intensive industry and membership to NSG is crucial to building investor confidence", Foreign Secretary Vijay Gokhale said in a press conference.

PM will address the United Nations General assembly in September and will be a keynote speaker at UN Climate Change summit.

With the UK, PM Modi began by congratulating his counterpart Johnson on England’s spectacular win in the third Test of the Ashes. Overall economics dominated the agenda in the wake of Britain's exit from the European Union.

With a focus on developing a partnership in the post-Brexit scenario, both leaders agreed to form a small team to enhance the economic alliance between India and the UK.

The UK plans to leave the European Union by the end of October this year.

President of Senegal told PM a substantial tender will be placed in this regard soon.

PM Modi was on a three-nation visit --France, UAE and Bahrain.