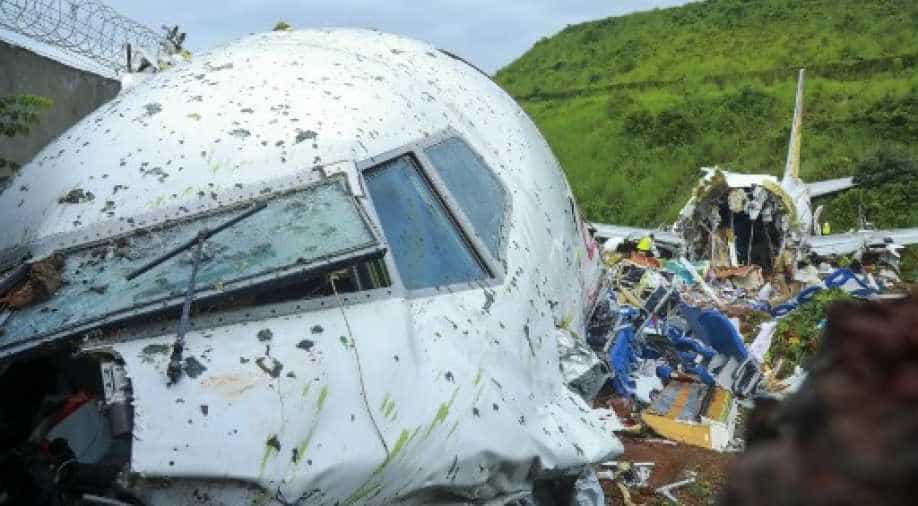 Eighteen people, including pilot-in command Captain Deepak Sathe and Co-pilot Akhilesh Kumar were among those killed in the accident.

Several injured passengers of the ill-fated Air India Express flight from Dubai which overshot the runway and crashed at the airport here are yet to get over the horror moments that took them close to death.

It was a black Friday for all the 184 passengers who after a long wait managed to get tickets in the repatriation flight from Dubai as part of the Centre's Vande Bharat Mission to evacuate Indians stranded abroad due to coronovirus pandemic.

"We did not realise what really happened other than the flight was shaking," said Ramshad, who was injured as the aircraft dived into the valley and broke into two portions on Friday night after landing amid rains.

Though he was injured, Ramshad's wife Sufaira and four- year old daughter Saidasherin escaped without any serious wounds.

Similar is the experience of Ashraf, a native of east Kozhikode, now under treatment at the Medical College Hospital here, who said he was yet to recover from the shock.

"As soon the flight crashed, the emergency door was opened and people jumped out to safety, another survivor said.

Eighteen people, including pilot-in command Captain Deepak Sathe and Co-pilot Akhilesh Kumar were among those killed in the accident.

Four cabin crew are among the 172 people who escaped with injuries.

The incident also saw local people joining the police and Fire and Force personnel in rushing to the rescue of the victims despite pouring rains and unmindful of social distancing and other COVID-19 protocols.

Dr Shimna Azeer, a doctor of a private hospital in Malappuram, who attended to a few of the injured brought there, said she was astonished at the manner in which the volunteers from the accident spot quickly managed to bring the affected.

In spite of the restrictions imposed due to containment and the heavy downpour that lashed since evening, the volunteers did a fantastic job, forgetting all protocols of social distancing or wearing masks which were fully wet during the course of rescue operations, Azeer said.