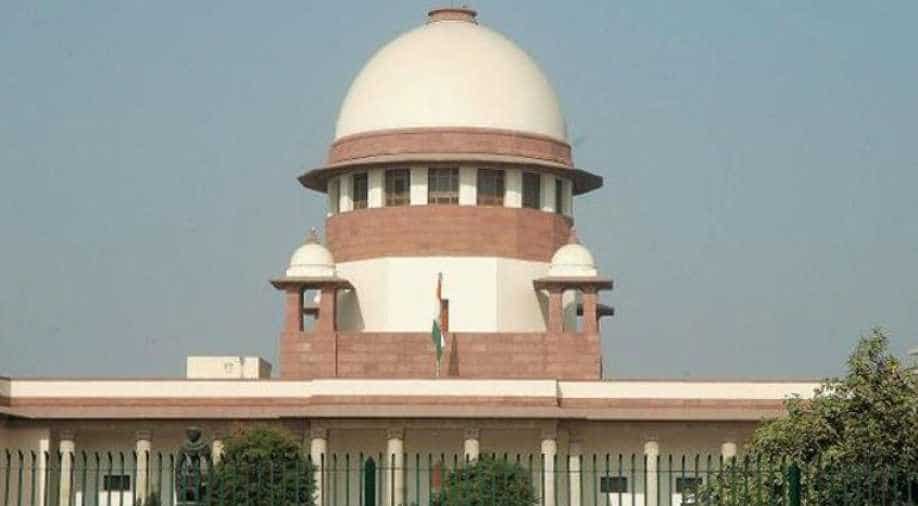 The court has passed a six-month injunction against the practice, in which time it has asked Parliament to legislate on it. Photograph:( Zee News Network )

The Supreme Court of India has ruled that the practice of triple talaq (instant divorce) is illegal.

The court passed the ruling by a 3:2 majority.

The five judges hearing the matter were of five different faiths -- there was a Sikh, a Hindu, a Muslim, a Christian, and a Parsi.

The five judgements were read out separately.

The two judges who upheld the practice were Chief Justice of India JS Khehar and Justice Nazir.

The court has passed a six-month injunction against the practice, in which time it has asked Parliament to legislate on it and bring in a law.

CJI Khehar said that "all parties must decide (on triple talaq), keeping politics aside."

The court added that the injunction would continue should the government not be able to bring in legislation within six months.

SC has asked govt to bring legislation within 6 months. CJI Khehar said that all parties must decide keeping politics aside. #TripleTalaq

"It grands equality to Muslim women and is a powerful measure for women empowerment," he said.

Judgment of the SC on #TripleTalaq is historic. It grants equality to Muslim women and is a powerful measure for women empowerment: PM Modi

The centre had earlier assured the SC during the hearing that if triple talaq is deemed invalid, it would come out with a law to regulate marriage and divorce among Muslims.

I feel the judgement will be in my favour. Time has changed & a law will certainly be made: Saira Bano, #TripleTalaq victim and petitioner pic.twitter.com/nujQXikn92

"The government will come out with the law to regulate marriage and divorce among Muslims if the court holds triple talaq as invalid," Attorney General Mukul Rohatgi told the bench.

Rohatgi also told the top court bench that the practice of triple talaq violates Muslim women's right to equality within the community.

The SC had earlier refused to hear all the three cases of polygamy, nikah and halala at once and said it will focus on one matter at a time.

The central government, on May 11, told the court that it opposes triple talaq and wants to fight for women’s  equality and gender justice.

Counsel for the All India Muslim Personal Law Board (AIMPLB), Kapil Sibal told, the court that Triple Talaq comes under the Muslim board and therefore the top court should not interfere in it.

While hearing several pleas filed by Muslim women challenging the triple talaq, the court said it would examine whether the issue is fundamental to religion or not.

In December last year, the Allahabad High Court said the Islamic practice of divorcing a woman by uttering the word "talaq" thrice was "unconstitutional".