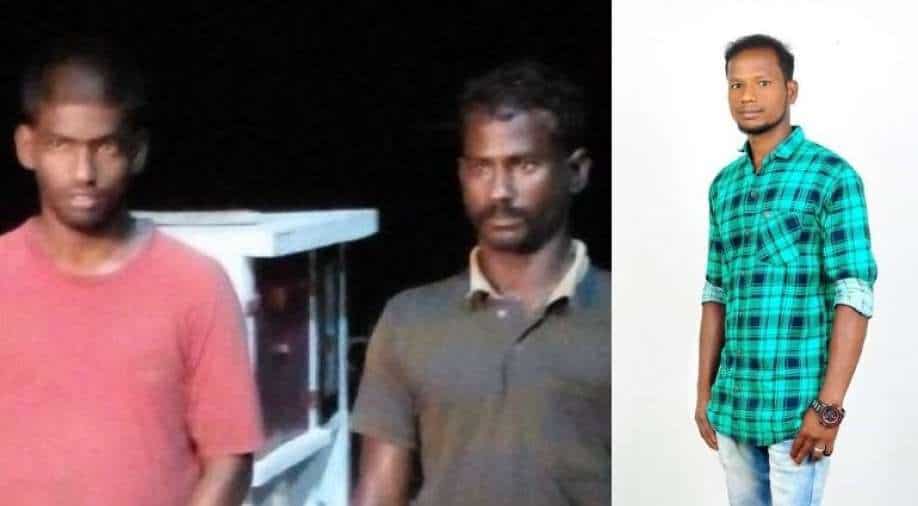 Sri Lankan Navy officials maintain that, as they were chasing away Indian fishing vessels, a boat trying to evade them collided with one of their Navy crafts and sank

According to the Sri Lankan Navy, they rescued two Indian fishermen from a sinking Indian fishing boat that was “poaching” in Sri Lankan waters, across the International Maritime Boundary Line (IMBL), on Monday.

They added the search and rescue operations were underway to find a third fisherman who was on-board the fishing boat.

Sri Lankan Navy officials maintain that, as they were chasing away Indian fishing vessels, a boat trying to evade them collided with one of their Navy crafts and sank.

“As the said task being put in to practice, one of the Indian fishing trawlers, with aggressive manoeuvres, in resistance of chase away, was on an attempt to evade from the scene making it collided with SLN Craft in operation. In the process it ultimately descended having lost its stability as well as due to the rough sea condition.” read the Lankan Navy statement on Monday’s incident.

SL Navy says 2 of them were saved,1 missing ; fishers assn allege that SL navy rammed into them and sank their boat, missing fisherman is dead #fishing pic.twitter.com/aMO3ia1tcv

However, Indian fishermen allege that the Sri Lankan Navy vessel had deliberately crashed into the Indian fishing boat, with the intention of sinking it.

They believe the third person (Rajkiran), who they say was steering the boat from the wheelhouse, was trapped and sank along with the boat.

These three fishermen from Kottapattinam, in Tamil Nadu's Pudukottai district, are said to have been fishing near Delft Island, which lies between Sri Lanka and India, in the Palk Strait.

The two fishermen who were rescued and are in Sri Lankan custody are identified as Xavier and Sakunthran.

According to India’s National Traditional Fishermen Federation, this incident involving the Sri Lankan Navy is deliberate retribution for another recent untoward incident, which involved an Indian boat.

A few weeks back, a large Indian fishing trawler from Tamil Nadu had collided with and sunk a smaller Lankan fishing boat. While the Lankan boat was fully damaged and lost, the Lankan fishermen survived and returned to the shore.

It is believed that the situation could have been amicably resolved if the Indian government or the Tamil Nadu government had taken some action against the errant boat and offered compensation to the Lankan fishermen.

The local fishermen also see an unfortunate similarity between Monday’s incident and one that took place in January this year. According to them, in January, the Lankan Navy had rammed their boats into an Indian boat, following which the bodies of the four fishermen were returned to the Indians.

The fishermen believe that holding talks between Indian and Sri Lankan fishermen would help resolve some of the misunderstandings that stem from the recent collision and alleged instances of trespasses.

Fishermen in Northern Sri Lanka have recently protested against Indian boats, that have been allegedly venturing into their waters to engage in illegal fishing activities. They have also made attempts to pressure the Indian and Sri Lankan authorities to take action against those involved in illegal fishing.