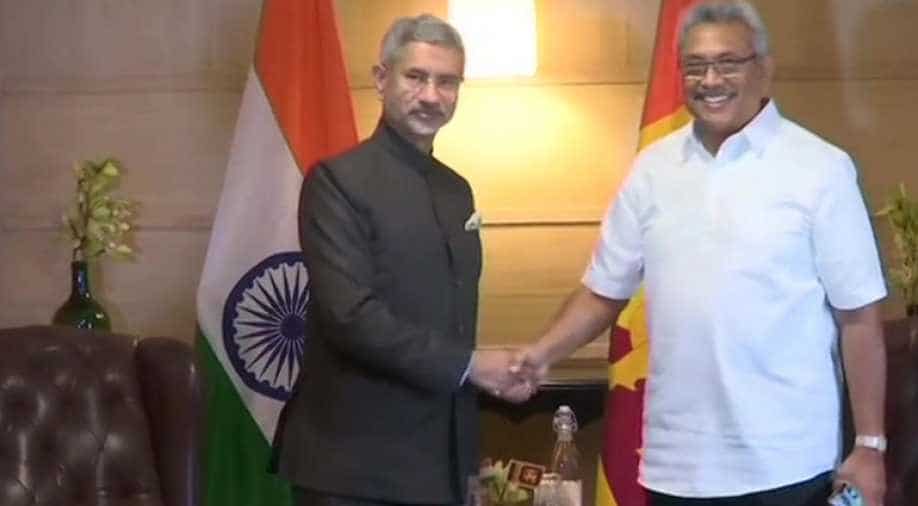 Gotabaya will be meeting Prime Minister Narendra Modi at Hyderabad House later in the day.

Before leaving for India, Gotabaya had said he is looking to strengthen ties with India as New Delhi seeks to reach out to the new leader.

Thank you for your warm welcome India 🇮🇳 pic.twitter.com/SyVzdUIyal

Gotabaya will be meeting Prime Minister Narendra Modi at Hyderabad House later in the day. Gotabaya had arrived on Thursday evening on his maiden foreign trip after becoming the island nation's president earlier this month.

Last week, India's external affairs minister S Jaishankar had made an unscheduled visit to the island country to physically hand over PM Modi's invite to Gotabaya to visit India. During the meet, India also called on the new leadership to continue the process of national reconciliation with regards to the minority Tamils.

The MEA had said that the Indian government is ready to work closely with the new government in Sri Lanka and expressed hope that it will fulfil the aspirations of the Tamil community living in the island nation.

70-year-old Rajapaksa had defeated United National Party (UNP) candidate Sajith Premadasa by more than 13 lakh votes in the recently-concluded presidential elections in Sri Lanka. He is the second member of the Rajapaksa family to become the president.

His older brother Mahinda Rajapaksa, who is currently the island nation's prime minister, had served as president from 2005 to 2015.