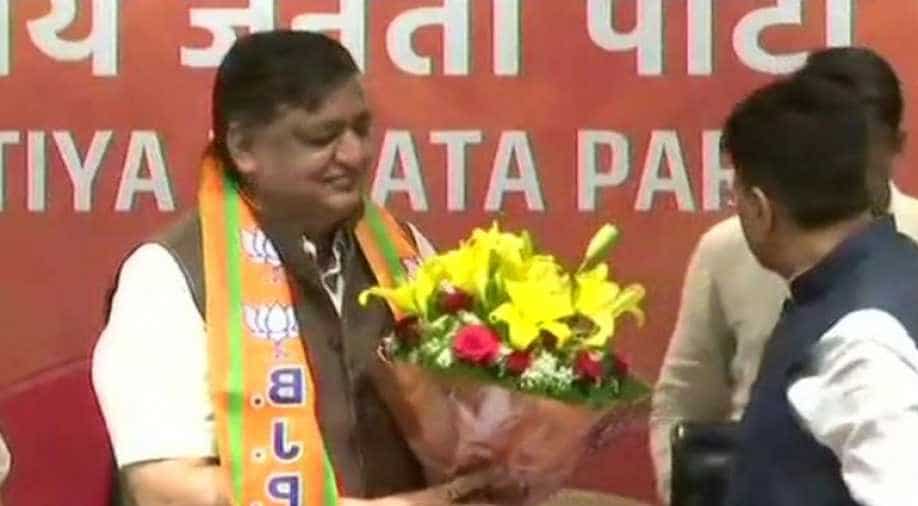 The Rajya Sabha lawmaker, who lost out in the race for re-nomination to the Upper House to Jaya Bachchan, remarked that the SP had equated him with the film actor 'who used to dance in films'

The Rajya Sabha MP (Member of Parliament), who lost out in the race for re-nomination to the Upper House to Jaya Bachchan, remarked that the SP had equated him with the film actor "who used to dance in films".

"I have been compared with those who dance and work in films," Agrawal said, leaving the BJP leaders on the dais squirming.

Agrawal, who has courted controversies in the past too over his statements, made the remarks in the presence BJP leaders, including Union minister Piyush Goyal, at a press conference held at the party headquarters here to announce his joining the BJP.

BJP spokesperson Sambit Patra, however, immediately distanced his party from Agrawal's remarks, saying his party respects people from all fields and welcomed them in politics.

Agrawal also said that his MLA son will vote in favour of the BJP in the Rajya Sabha polls.

Praising Prime Minister Narendra Modi and party chief Amit Shah, the Rajya Sabha MP claimed that the people of his community were solidly behind the saffron party.

He, however, expressed his affection for SP patriarch Mulayam Singh Yadav and his cousin Ram Gopal Yadav, but said the party's strength in Uttar Pradesh has depleted.

Jaya Bachchan has once again been nominated to the upper house by the Samajwadi Party.

The term of Naresh Agrawal, whose remarks in the House mocking Hindu gods had sparked an uproar last year, as Rajya Sabha member ends on April 2.