Soumya Santhosh's family to receive compensation from Israel, at par with its nationals killed in terror attacks 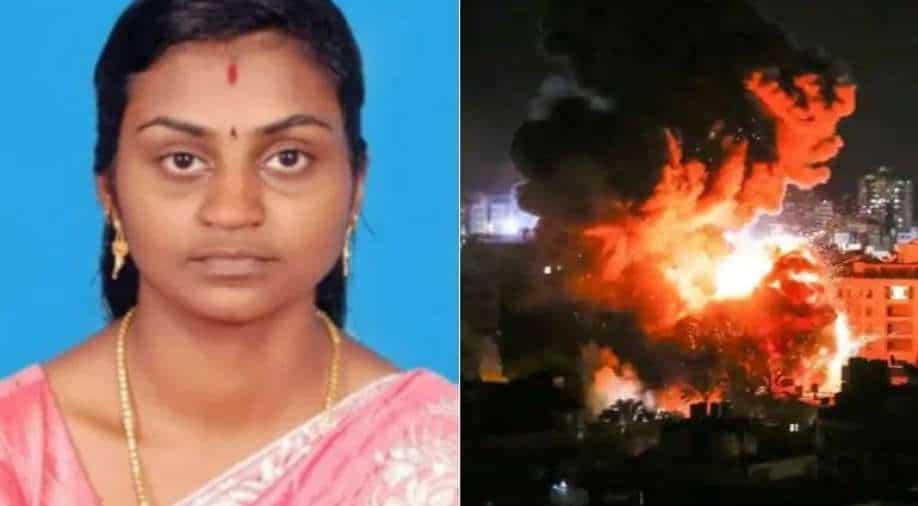 Soumya, an Indian national was killed in a Hamas rocket attack in Israel's Ashkelon.

Israel will give compensation to Soumya Santhosh at par with Israeli nationals killed in terror attacks.

Soumya, an Indian national was killed in a Hamas rocket attack in Israel's Ashkelon.

The caregiver is survived by a nine-year-old son and her husband. Rony Yedidia Clein, Israel's Charge d'affaires at a virtual presser said, "Israeli people see her sacrifice as making her into honorary citizen.." and they "see her one of their own because of what happened to her."

Soumya along with two Thai nationals were killed in Hamas rocket attacks. She will get the full benefit from Israel's national insurance institute which by law gives it to all Israelis who are killed in terror acts.

Bodies of the nationals were brought to India and Thailand by the Israeli government and their family will receive the benefits.

In a gesture seen as a break from protocol, Israel's Charge d'affaires in Delhi was present at the airport when Soumya's mortal remains arrived in the country. Later Israel's Consul General to South India, Jonathan Zadka visited her family in Kerala to pay homage.

Asked about India's reaction, diplomat Rony explained "we have had conversations" with Indian counterparts and had "understanding" with them, adding Indian public has "expressed a great amount of support and we are very very happy with that".

India had spoken at both United Nations Security Council and United Nations General Assembly on the situation something that is being described as a "good statement" by the Israeli diplomat.

In the statement, India's envoy to UN T. S. Tirumurti had condemned the Hamas rocket attacks while urging both sides to urge restraint. On social media, many Indians expressed their support for Israel.

Israel and Hamas agreed on a ceasefire which came into effect at 4.30 am IST on Friday.

The 11-day conflict saw the death of more than 200 Palestinians, mainly in Gaza, and 12 Israeli nationals.

The conflict broke out after violence in Jerusalem and the possible eviction of Palestinians in the Sheikh Jarrah and Silwan neighborhood in the city.