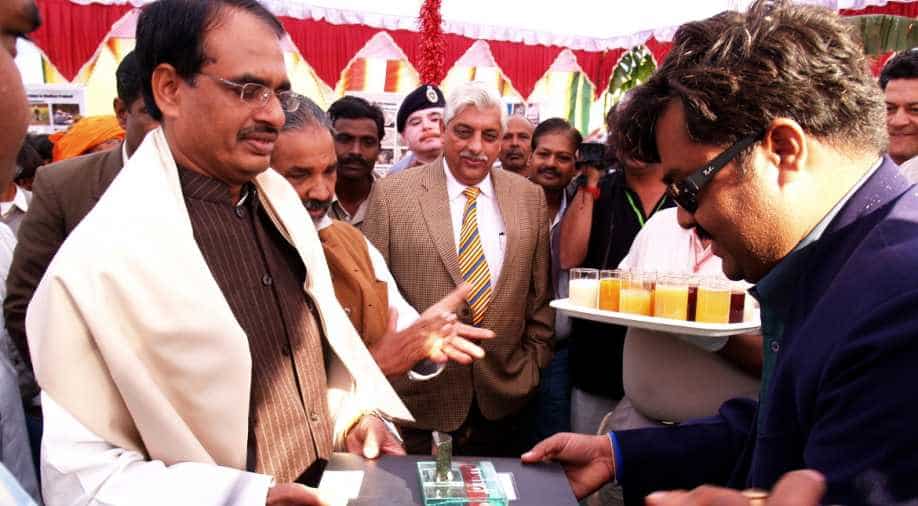 Chouhan who was first elected MLA in 1990 went on to be the member of Lok Sabha next year. He returned to the state in 2005.

Former Madhya Pradesh chief minister and National vice president of BJP Shivraj Singh Chouhan was sworn in as the 32nd Chief Minister of Madhya Pradesh at 9 pm on Monday.

Governor Lalji Tandon administered the oath of office and secrecy to him at an austere ceremony.

Shivraj has scripted history by taking oath as CM of the state fourth time. He was first made the chief minister in 2005 after short spells of Uma Bharti and Babulal Gaur.

Congress leader and former CM Kamal Nath had on March 20 tendered his resignation to Governor Lalji Tandon following the resignation of 22 Congress MLAs.

Governor Tandon had on Sunday written to Assembly Speaker NP Prajapati, stating about the no-confidence motion brought by the BJP against him and the resignation of BJP MLA Sharad Kol.

Chouhan on Saturday alleged that Speaker Prajapati was pressuring the Secretariat to accept the resignation of Kol.

Born on March 5, 1959, to a farming family of Prem Singh Chouhan and Sundar Bai at village Jait in Sehore district, his long journey in public life began with the Rashtriya Swayamsevak Sangh (RSS) when he was just 13 years.

Chouhan's leadership skills first came to the fore when he was elected as president of the Model Higher Secondary School Students' Union in 1975. He participated in the underground movement against the Emergency and was imprisoned in 1976-77 and also on many other occasions for political agitations and public causes.

A volunteer of the RSS since 1977, Chouhan is a gold medalist in Masters of Philosophy from the Barkatulla University in Bhopal.

Chouhan replaced Babulal Gaur as chief minister on November 29, 2005, and remained in the saddle since then unchallenged till the party's defeat at the hustings in 2018.

Over 1,500 from Tamil Nadu particiapated in Tablighi Jamaat event, majority of returnees untraceable