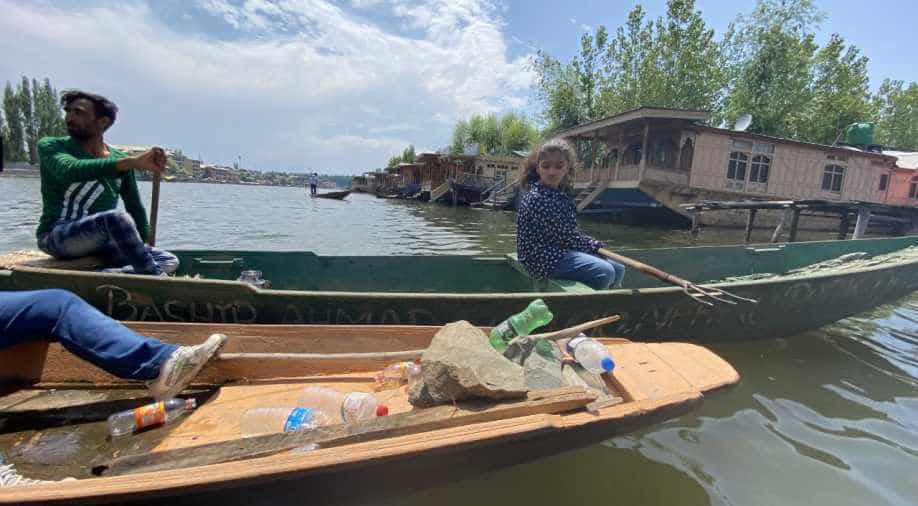 Jannat was born and raised in Srinagar. Her parents say she questioned littering of waste into the lake since she was a small kid.

A seven-year-old girl has been cleaning the world famous Dal lake for two years -- an effort that has won her applause from many. Her latest achievement is that her name has now been published in a textbook of a Hyderabad school.

Jannat was born and raised in Srinagar. Her parents say she questioned littering of waste into the lake since she was a small kid.

In the past, the third grade student has won applause from Prime Minister Narendra Modi for her efforts to clean the lake. With time, she has become the face of cleaning the most famous water body of Kashmir.

“I want to keep this lake clean so that more people come here,” Jannat says.

Throughout the year, millions of tourists visit the picturesque lake to enjoy the boat ride and stay in the houseboats. But for many years, the lake has been facing the problem of pollution.

In 1997, the Union Ministry of Environment and Forests launched the ‘Save Dal’ project at an estimated Rs 500 crore. Since then, several projects worth millions have been launched but the result has been short lived.

“I have been also campaigning to save this lake,” Tariq Ahmad, father of Jannat, says.

He now hopes that his daughter inspires more young people to help curb the pollution of the Dal lake.