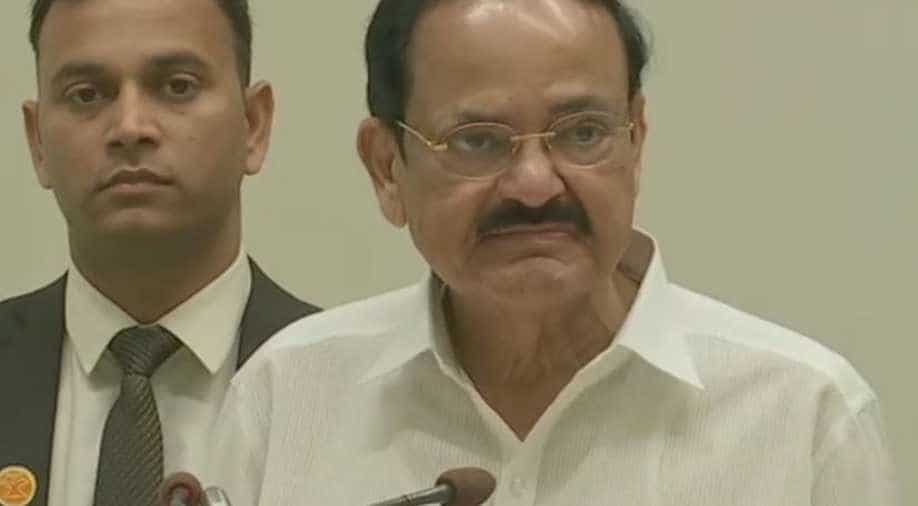 The Vice President also lamented the fact that news and view are being clubbed today which, he said, is a problem.

With Business groups, political parties and personalities setting up television channels and newspapers to further their interests, core values of journalism are getting eroded, the VP said.

Naidu was speaking at an event on National Press Day in Delhi:

''Sensationalism has become the order of the day, sensational news means senseless news,'' he further said.

Vice President M. Venkaiah Naidu: You may ask me, do the political parties have no right to start a newspaper? Yes, but it should be mentioned, this is a newspaper by so and so political party. 2/2 https://t.co/D5Jf6Qrdeo

The Vice President also lamented the fact that news and view are being clubbed today which, he said, is a problem.

''In the past, news used to be news, never it was interpreted or misinterpreted, now news and views are being clubbed together, that is the problem,'' he said.

The VP also found no harm in political parties starting a newspaper or television channel but it should be self-explanatory, he said.

Meanwhile, Information and Broadcasting Minister Prakash Javadekar has extended his greetings to the media fraternity on the occasion of National Press Day.

In a tweet, he said, Press freedom is the essence of a vibrant democracy and this government is ensuring full freedom to the press.

Javadekar said media can criticise but should guard against 'fake news' and desist from disinformation and misinformation.