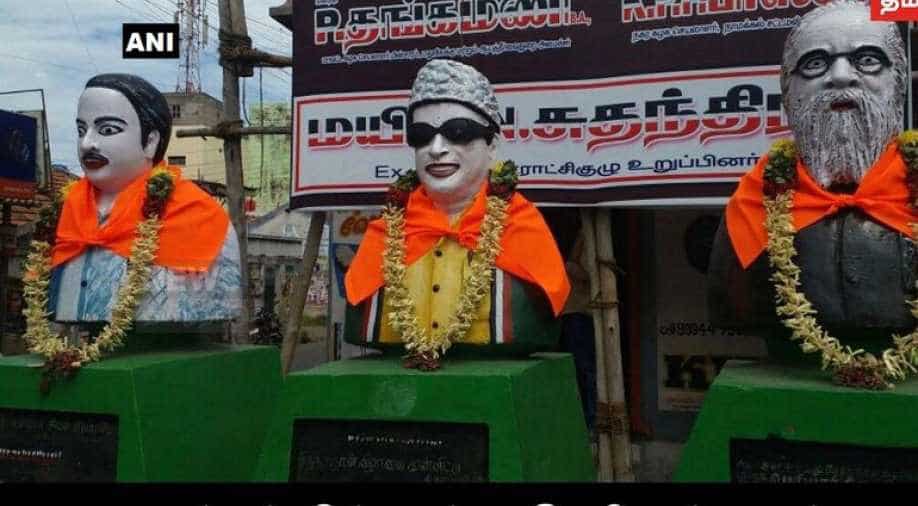 Police are investigating the matter, as per ANI.

The incident comes a day after a statue of Bhartiya Jan Sangh founder Syama Prasad Mukherjee was found vandalised in Kokrajhar town of Assam on Wednesday.

The face of Mukherjee's statue at Rabindra Nagar area of the town was found damaged.

Earlier, a bust of Mukherjee was vandalised on March 7, 2018, in Kolkata by seven persons, including a woman. The accused were arrested from the spot. They had told a TV channel that they had defaced and vandalised the Jan Sangh founder's bust to protest against the pulling down of communist icon Vladimir Lenin's statues in Tripura.

The Left Front was up in arms over the demolition of Lenin’s statue and incidents of violence in Tripura following the ouster of the Manik Sarkar government in the state.

Meanwhile, a life-size statue of Michael Madhusudan Dutt, a prominent poet during the 19th century Bengal renaissance, was also defaced in Raniganj of West Bengal's Purba Bardhaman district recently. Dutt's face was smudged with red colour by unknown miscreants, as per reports.

The statue of Dalit icon BR Ambedkar was also been damaged recently. On the other hand, Netaji Subhas Chandra Bose's statue was too defaced in Madhya Pradesh's Jabalpur earlier in March 2018. The white statue was smeared with red colour.