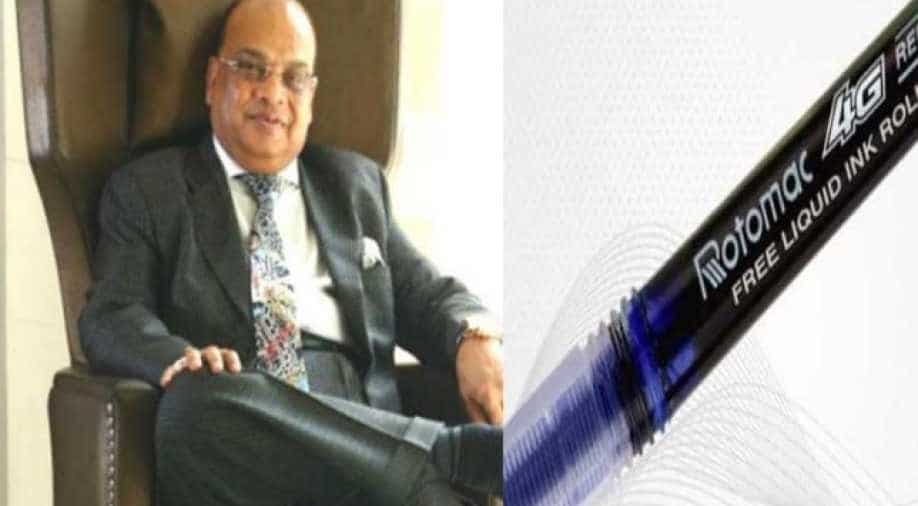 The Central Bureau of Investigation has arrested the owner of Rotomac Pens, Vikram Kothari, and his son Rahul Kothari. The duo has been booked in connection with a loan default of nearly Rs 3,700 crore taken from seven public sector banks.

Four properties of the Rotomac Group were attached by the IT department on Wednesday in Kanpur and Ahmedabad. The CBI conducted multiple raids on Monday.

According to the CBI, the company allegedly used two modus operandi for syphoning off the loans secured from a consortium of banks 2008 onwards.

On Tuesday, the IT department attached 14 bank accounts of Rotomac.

The CBI had registered a criminal case against Rotomac, its Director Vikram Kothari, his wife Sadhana Kothari and son Rahul Kothari and unidentified bank officials on a complaint received from Bank of Baroda and conducted raids against them on Monday.