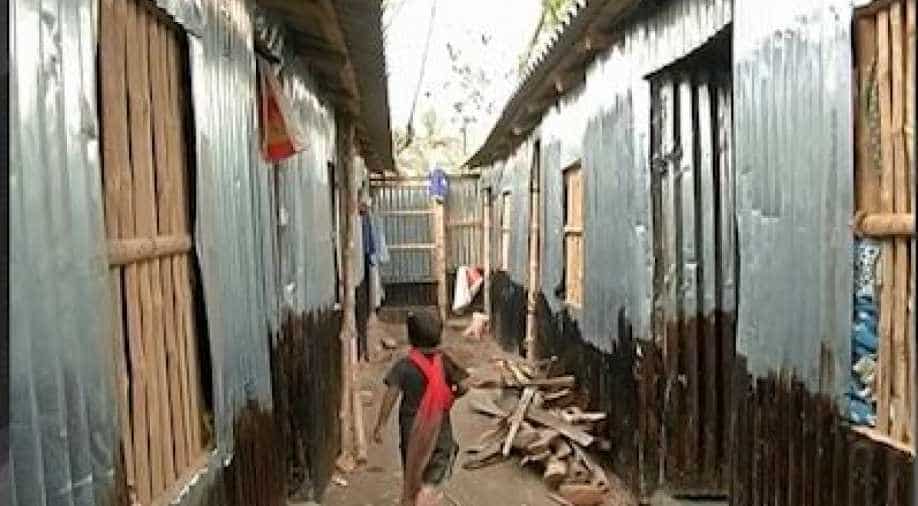 The Rohingyas were brought across the border by former cattle smugglers who charged the Rohingya Rs 20,000-25,000 each. Photograph:( WION )

A Rohingya refugee camp has come up in West Bengal's South 24 Parganas district. The camp currently houses six families who were brought over the border from Bangladesh by cattle smugglers and agents.

Each of the refugees was charged between Rs 20,000 to 25,000 and they came minus passports or visas.

WION was the first channel to uncover the racket along the Indo-Bangladesh border. Now, with the coming up of the camp, there is definite proof that Rohingya are being smuggled into India from Bangladesh.

This particular camp came up about a month ago.

The camp has eight large rooms with a partition each. So each of the six Rohingya families has access to a two-roomed shelter.

The rooms are made of tin and have asbestos ceilings from which hang small ceiling lamps. Some of the rooms have beds.

The Rohingya refugees have access to two common toilets and one tube-well for water.

Hussain Gazi, a social worker, gave up his plot of land and with the help of NGOs and local villagers helped set up the camp.

"NGOs and local villagers have been contributing towards the Rohingyas with rice, lentils, warm clothing for winters and even blankets. I felt that I should be doing something towards these homeless people hence donated my land to them and with the help of locals set up these houses. Some locals are also hiring the men of the camp and giving them money in return," Gazi told WION.

Local villagers have donated food, warm clothing and blankets to the Rohingya to help them tide over the winter. (WION)

Cattle smugglers have been active across the Malda-Bangladesh border for decades. They've now switched to smuggling in Rohingya because of a crackdown by the BSF and the West Bengal Police.

WION spoke to some of the smugglers who confessed to being involved in the racket.

They said organised networks are in place. Agents from both sides strike up a deal and finalise the rates.

The smugglers said rates for the smuggling of Rohingya have been fixed. And that discounts are given should an entire Rohingya family want to cross over.

"There is a lot of competition and if we don't give out a discount, agents in Bangladesh will strike a deal with other smugglers. Profit margins in cattle smuggling are very high, in comparison to smuggling of Rohingyas. Helping Rohingyas cross over into Bengal does not fetch them big profits but in absence of any other jobs and industry in the district, we have chosen this as our sole source of livelihood," one cattle smuggler said.

"We stay in touch with agents in Bangladesh for the smuggling of cattle, the same agent finds us the Rohingya family from refugee camps and strikes a deal. Once they come close to the Indian border the labours who work for these smugglers and are directly involved in pushing cattle from the Indian territory into Bangladesh territory help these Rohingyas cross into the border," said another.

"We charge Rs 20,000-25,000 from each of the Rohingya refugee, half of which has to be given to the labourers, who help them cross over the border physically," he added.

At the camp, the Rohingya say they crossed over the border but that they do not have visas or passports.

"I don't have any passport, I entered with the help of an agent through the border. Some of my family members could not come with me as I did not have enough money. I'm trying to earn some money here so that I can bring my family members here," one of the refugees, Md. Jahangir, said.

There has been no word on the camp from the government of West Bengal.

But the SP of Baruipur district, Arijit Sinha, told WION that they have submitted the Rohingya refugees' UNHRC cards and other documents and are looking into the legal ramifications of whether they can continue to stay on in Bengal or not.