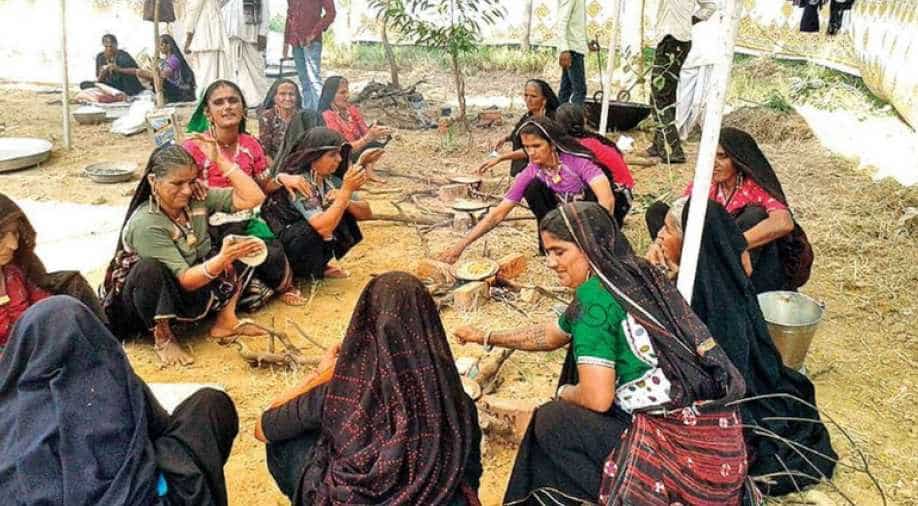 Roat will now be taking oath as a member of the 15th Rajasthan Legislative Assembly.

Tribal Rajkumar Roat was till recently waiting for the results of the Rajasthan Police recruitment exam but fortunes changed for the 26-year-old with the state assembly results.

Roat will now be taking oath as a member of the 15th Rajasthan Legislative Assembly.

Elected on a Bharatiya Tribal Party (BTP) ticket from Chorasi constituency of tribal Dungarpur district by defeating BJP candidate Sushil Katara, Roat is now looking forward to raising issues of his constituency in the assembly instead of looking for a government job.

The journey from the nondescript Khankar Khoonia village in Dungarpur, where he was active in student politics and working on local issues, to the state capital has been just a three-odd month affair for Roat who was picked up by BTP to contest elections.

"Proper Implementation of schedule of V of the Constitution in tribal areas is the main agenda we tribals want. Both BJP and Congress have ruled the country and the state but issues related to tribals were never addressed in a suitable manner and my full focus will be on working in this direction,? Roat told PTI.

Like any other graduate, Roat, youngest among three siblings, was also looking for a job and his inspiration was his elder sister, who is in government service but he developed an interest in students politics and won student union elections in 2013-14.

Covering a distance of nearly 25 km to reach Dungarpur from his village on his motorcycle was a routine affair for Roat who established a great connect with locals, both young and old, and was working to make them aware of their rights and constitutional provisions for tribals.

The popularity of the young man as a "true voice of tribals" in the local area paid dividends and people voted him in the December 7 elections, results of which were announced on December 11.

"I will be raising the voice of my people in the temple of democracy," he said.

After his father, who was the lone bread earner for the family, died sometime before his birth, his mother started working and somehow the family of four sustained.

"Farming is now the main source of income for us. My family wanted me to get a government job. I too initially wanted and appeared in competitive exams like RAS and recently appeared in sub inspector exam for which results are awaited. Three months back when I was asked by BTP to contest election, I was like, 'Okay? let's see', and comfortably won," he said.

Roat defeated Sushil Katara, who was a state minister in the Vasundhara raje government, with a margin of 12,934 votes.

"I understand that this is a big responsibility at this young age but I am confident of performing well and stand true to the expectations of my people,? he said.
The Gujarat-based party had fielded 11 candidates in South Rajasthan and two of them have won elections.