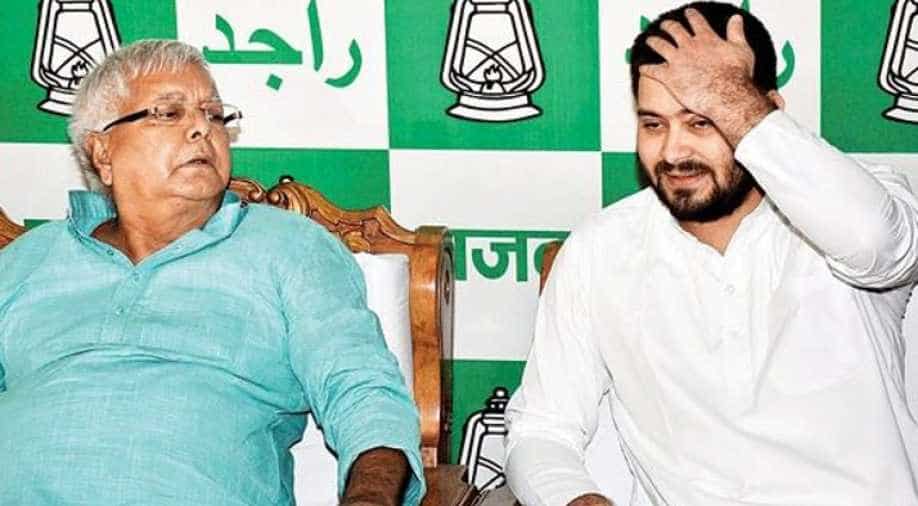 The apex court had fixed a cap of 50 per cent on total reservation and the Centre last month justified in Supreme Court its recent law granting 10-per cent quota for Economically Weaker Sections (EWSs), saying it was brought in to promote "social equality".

The RJD on Monday released its manifesto, titled ‘Pratibadhta Patra’, promising reservation for SCs, STs, EBC and OBCs in the private sector and the higher judiciary, in proportion to their population. The ceiling – a 50 per cent cap – had been broken after giving 10 per cent quota to the weaker sections among the general category so the people belonging to these categories (SCs, STs, EBC and OBCs) should be given reservation on the basis of their population, party leader Tejashwi Yadav said while releasing the manifesto here.

The apex court had fixed a cap of 50 per cent on total reservation and the Centre last month justified in Supreme Court its recent law granting 10-per cent quota for Economically Weaker Sections (EWSs), saying it was brought in to promote “social equality”. Advocating extension of quota for them in higher judiciary and the private sector, the manifesto also vowed to carry out the caste-based census in 2020-21.

Pointing out that the RJD, also agrees with the Congress manifesto, it said, the party “completely endorses” the ‘Nyay’ scheme of the Congress, which would be beneficial to states like Bihar. Tejashwi Yadav was accompanied by Rajya Sabha member and party’s national spokesman Manoj Jha, Bihar RJD chief Ram Chandra Purve and others at the release of the party’s manifesto.

The RJD also demanded from the Centre to make public the Socio-Economic Caste Census (SECC) data, carried out by the UPA government. Releasing the manifesto, Tejashwi Prasad Yadav, also the leader of the opposition in the state, said that “it is not the manifesto of RJD, rather it is a ‘pratibadhta patra’ (commitment document) of the party”. A helpline number would be launched and a help centre set up in major cities of the country for the people of Bihar living outside the state, the manifesto said.

The party would ensure that six per cent of the gross domestic product is spent on education and four per cent on health, he said. “If our (party’s) government is formed in Bihar, then we will remove the ‘illegal’ tag on toddy and make it ‘legal’….The move to make toddy illegal has rendered many belonging to economically weaker sections jobless.

“My father Lalu Prasad, when he was the chief minister, had abolished tax on toddy,” the RJD leader said. Replying to a query on his elder brother Tej Pratap Yadav’s recent activities, Tejashwi evaded a direct reply, saying “the press conference has been organized for releasing the manifesto today”. According to the seat-sharing formula for the 40 Lok Sabha seats in Bihar announced by the opposition ‘Mahagathbandhan’, 20 seats will be fought by the RJD and nine by the Congress.

Of the 20 constituencies, the RJD has left the Ara seat to the CPI(ML) Liberation. Upendra Kushwaha’s Rashtriya Lok Samta Party (RLSP) and Mukesh Sahni’s Vikasheel Insan Party (VIP) will field candidates on five and three seats respectively. Former chief minister Jitan Ram Manjhi’s Hindustan Awam Morcha (HAM) has been given three seats. The seven-phase election in Bihar is scheduled from April 11 to May 19.