Retirement age of judges must be up to 70 years: Justice Kurian Joseph 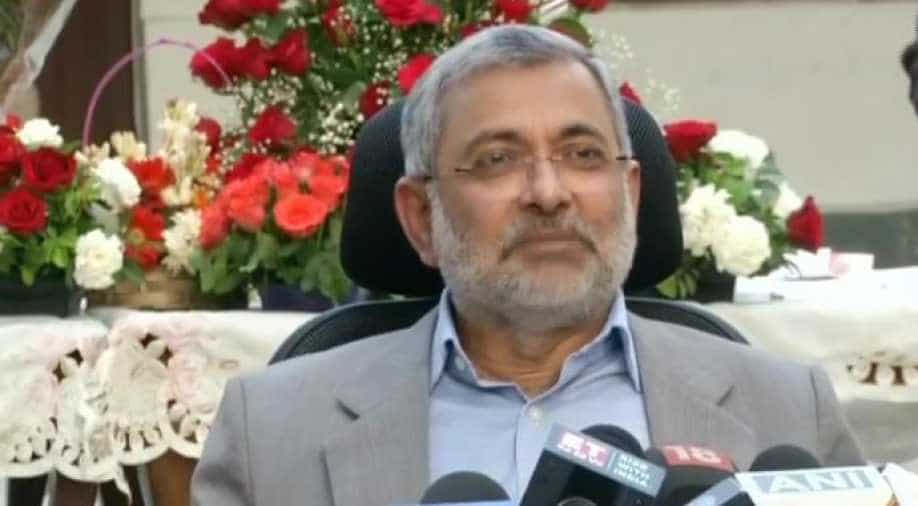 On the other changes that he considers must be a priority of higher judiciary, he talked about public interest litigation (PIL).

Justice Kurian Joseph, who retired from the Supreme Court on Thursday, is of the view that the retirement age for all judges in different layers of the judiciary must go up to 70 years for the better utilisation of their experience and expertise.

Talking to ANI exclusively on Saturday, Justice Joseph said, "In this particular discharge of function as a judge, starting from the Civil Judge up to the Supreme Court, the retirement age must go up to 70 years. In certain tribunals such as Human Rights, the government itself has passed a law saying that the judge can continue up to 70 years."

"So why not discharge this function as a judge himself up to 70 years. So in all domains of the judiciary the age must be increased. The reason is that with time, judges gain more experience. That experience can be utilised for better and expeditious disposal of the cases," he added.

Sharing details of his long and eventful career in the echelons of Indian judiciary, he said, "I started in the year 2000 in the High Court of Kerala as a judge almost 10 years I was there. I went to Himachal Pradesh as the Chief Justice for three years. Thereafter, I came to the Supreme Court for five years and eight months. I did dispose of about 66,000 cases in Kerala, over 15,000 in Himachal Pradesh and over 8,000 cases in the Supreme Court. It is, therefore, a long satisfying career."

He also expressed no regrets about the unprecedented press conference on January 12, 2018, in which he along with three other judges of the Supreme Court-Justice Chelameswar, Justice Ranjan Gogoi, now the Chief Justice of India, Justice M B Lokur-had flagged off various other issues pertaining to the functioning of the top court Justice Joseph said, "We pointed that the Supreme Court was not going in right direction. Many aspects we brought in the notice of the then Chief Justice (Dipak Misra) to put things on the proper path. Since there was no result, we thought there was no other option but to bring it to the notice of the nation."

"There was one other reason. My position has always been that there are two watchdogs, one of which is the media. We came out to let there be an awareness that we have done our best. Despite barking the master is in deep slumber. So we decided to bite," he added, asserting that things have improved since then and steps are being taken, which will take time.

"Institutional system and practices need to be put in place. It will take time," said Justice Joseph.

On the other changes that he considers must be a priority of higher judiciary, he talked about public interest litigation (PIL). "I feel the Supreme Court must have a revisit on the type of PILs the top court should be entertaining now. It should also consider as to whether it should spend its time on non-issues which are purely academic or it should give priority to burning issues of the country."

Hailing Constitution and virtues embodied in it, Justice Joseph said, "Our Constitution is a beautiful book and contains good values of all the religions. India is a secular country. Indian secularism has a very special feature which no other country has. That special feature is that it welcomes all religion and gives space to them. It allows a citizen to practice or not to practice any religion. But there is only one restriction that there should not be a violation of any of the fundamental rights."

Talking about the appointment of Judges, Justice Joseph opined, "I have a feeling that there should be secretariat system into practice. Unfortunately, that Secretariat has not yet been formed. Probably sometimes, the Collegium may not get inputs in proper perspective."

On being asked whether he thinks, corruption exists in higher echelons of the judiciary, he said, "I will never agree that there is corruption in the higher level of the judiciary. It has never come to my notice. For the low level, it is for the state concerned to take action."

In reply to a question, Justice Joseph, who was the third senior-most judge of the Supreme Court, also said that he will not accept any job but will be available for any service towards the nation other than accepting a job under any government.