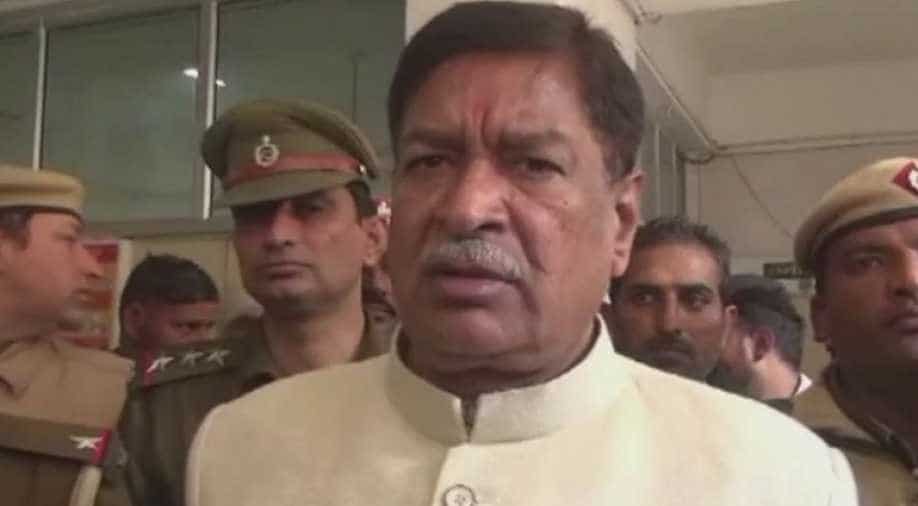 He said that with the increase in social activities and population such cases are also on the rise. Photograph:( ANI )

Amidst the several rape cases that were reported in Haryana this month, BJP leader RK Saini has come out with a controversial statement saying that such cases do not take permission from the government before happening.

Saini said " These rape incidents do not ask the government before taking place. They have been happening for ages."

He said that with the increase in social activities and population such cases are also on the rise.

The recent Haryana rapes have included the gang rape of an 11-year-old in Panipat. The police said, she was strangled to death and was raped again after her death.

A three-year-old daughter of a labourer was abducted and allegedly raped by a 14-year-old boy, her neighbour.

A 15-year-old was raped and murdered in Kurukshetra and her mutilated body was later found a 100 km away in Jind.

A 45-year-old labourer was arrested for allegedly sexually assaulting a 10-year-old girl and inserting a wooden stick inside her private parts near Pinjore.

The latest incident reported was of a college student raped from Gurugram district's Farrukhnagar.