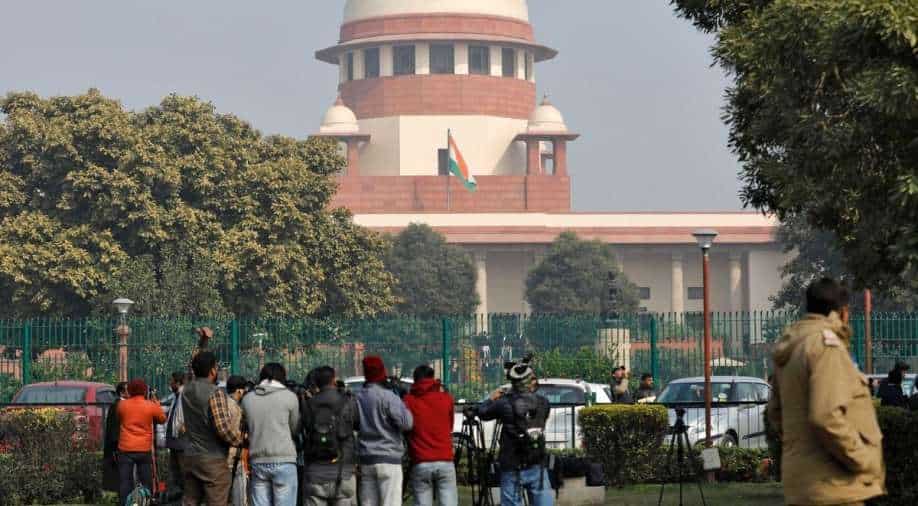 Outside of the premises of the Supreme Court in New Delhi, India, January 22, 2020. Photograph:( Reuters )

AG Perarivalan, who was convicted of involvement in the assassination of the former Indian Prime Minister Rajiv Gandhi, was freed on Wednesday (May 18) by the Supreme Court of the country.

Rajiv Gandhi was killed by a suicide bomber while campaigning in an election in the southern Indian town of Sriperumbudur on May 21, 1991.

In the same year, Perarivalan was convicted of purchasing the batteries used to detonate the bomb that killed Rajiv Gandhi.

Perarivalan was on life imprisonment.

The so-called extraordinary powers were conferred on it under Article 142 of the Constitution of the country.

What is Article 142 of the Indian Constitution?

Article 142 is often termed judicial activism. In cases and situations when law or statute is unable to provide a solution, Article 142 provides a special power to the Supreme Court of India to do "complete justice".

It is understood that such orders are enforceable nationwide as prescribed by any law made by Parliament or order of the President of India.

Definition of Article 142 in the Constitution of India

"142. Enforcement of decrees and orders of Supreme Court and unless as to discovery, etc.-

(1) The Supreme Court in the exercise of its jurisdiction may pass such decree or make such order as is necessary for doing complete justice in any cause or matter pending before it, and any decree so passed or orders so made shall be enforceable throughout the territory of India in such manner as may be prescribed by or under any law made by Parliament and, until provision in that behalf is so made, in such manner as the President may by order prescribe.

(2) Subject to the provisions of any law made in this behalf by Parliament, the Supreme Court shall, as respects the whole of the territory of India, have all and every power to make any order for the purpose of securing the attendance of any person, the discovery or production of any documents, or the investigation or punishment of any contempt of itself."

Instances when Article 142 was used

2016: A ban on the sale of alcohol within a stipulated distance of 500 metres from the outer edge of the highway to avoid accidents due to drinking and driving.

2014: Coal block allocation case when Supreme Court cancelled the allocation of coal blocks granted from 1993 onwards who were guilty of wrongdoing.

1989: Article 142 was used to provide compensation to the Bhopal Gas Tragedy victims.