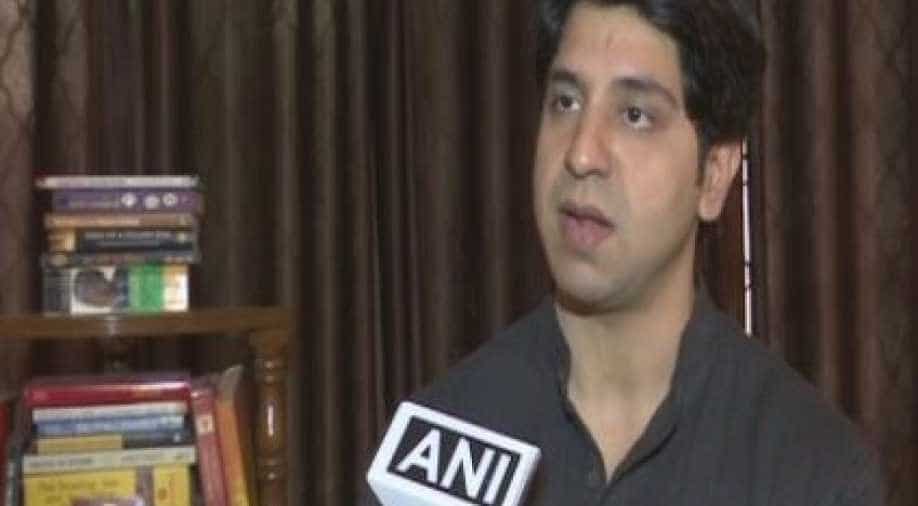 Poonawala said he had wanted to meet Gandhi to show him proof that the Congress presidential elections were rigged. Photograph:( ANI )

Former Maharashtra Congress Secretary Shehzad Poonawala said on Sunday that the office of Congress vice-president Rahul Gandhi had insulted him.

Poonawala said he had wanted to meet Gandhi to show him proof that the Congress presidential elections were rigged.

Poonawal said he wanted to meet Rahul Gandhi before he files his nomination. The last day for the filing of nominations is December 4.

Today morning, I called Rahul Gandhi's office to ask him for his time so I could give him the proof that it was a rigged election before he files nomination tomorrow. so. he has some morality& stops process and takes right decision but his office insulted me: Shehzad Poonawalla pic.twitter.com/Y7EhADZtpp

Poonawala added that "if Sardar Patel was insulted by (the) Congress leadership back then, then I feel the same way today."

If Sardar Patel was insulted by Congress leadership back then, then I feel the same way today.When I raised my voice to end dynasty politics&election for Pres post&,not coronation of Rahul Gandhi,then they (Congress)said I was not member.I proved that they lied:Shehzad Poonawalla pic.twitter.com/TZKffcfmPP

Till three days ago, I had been receiving communication from Maharashtra Congress office, now they are saying I am not a party member. I had to become a whistle-blower: Shehzad Poonawalla pic.twitter.com/xVwxzTNxQE

Poonawalla has earlier alleged that the elections for the post of Congress party president was "rigged".

He has said that they are a "selection", not an "election".

Poonawalla has claimed that he has information that the delegates who will vote in the election for the post of party president had been appointed for their loyalty.

The party has set December 16 as the date of polls -- "if necessary". That is if there is any candidate other than Gandhi.

The counting of votes and declaration of results will take place on December 19.

The last date of filing of nominations is December 4.

The scrutiny of nominations will take place on December 5.

If there is no candidate other than Rahul Gandhi, the Congress will declare him president of the party on the last date of scrutiny.