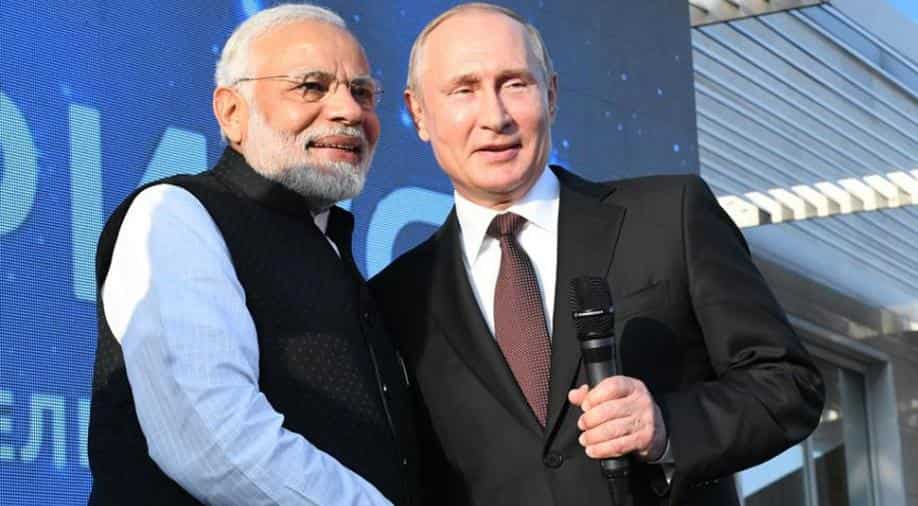 Prime Minister Narendra Modi and he will hold the 19th India-Russia annual bilateral summit on Friday, but all eyes will be on the S-400 Triumf defence system deal the two countries are expected to sign during Putin's visit.

The S-400 is a missile defence system, the most advanced in Russia's armoury.

India would like to include it in its own arsenal, especially to help tighten its defences along its 4,000 km long Sino-Indian border.

The US however has said buying the S-400 could invoke sanctions under the Countering America's Adversaries Through Sanctions Act (CAATSA) which says any country buying a majority of its military equipment from Russia could be sanctioned. The US is keen India buy the American made Thaad defence system.

The US however has also hinted that President Donald Trump may waive the sanctions against India.

New Delhi in turn has so far indicated that it will go ahead with the deal notwithstanding the US sanctions.

"India has maintained its sovereignty as regards to its relationship with countries. We shall maintain it in all earnestness," Defence Minister Nirmala Sitharaman told PTI recently when asked whether the US sanctions will hit India's defence ties with Russia.

Apart from the S-400, Moscow and New Delhi are also likely to sign a $2.5 billion deal for four more Krivak/Talwar-class stealth frigates for the Indian Navy. Under the agreement, two of the warships will be constructed at the Yantar Shipyard in Kaliningrad and two at Goa Shipyard Limited.

Finally, Russia has reportedly also expressed an interest in helping India with its manned space mission. There have been reports that Moscow has offered to train Indian astronauts for its 2022 moon mission.