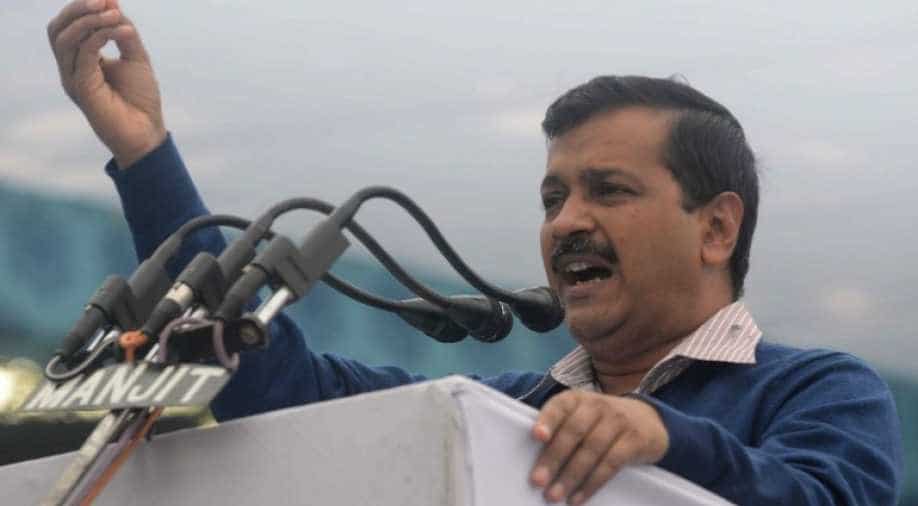 Expressing concern over the increasing pollution in the national capital which has reached to 'severe category', the Chief Minister said, 'Stubble can be converted into coal and it can be bought by the National Thermal Power Corporation Limited (NTPC).'

Delhi Chief Minister Arvind Kejriwal on Wednesday said that stubble can be converted into compressed natural gas (CNG) and Punjab and Haryana governments should take steps in this regard as it would generate employment and farmers will be paid off.

"I have met several experts, the left stubble can be converted into CNG. I have talked to Indraprastha Gas Limited and they are willing to buy it. Why do not Haryana, Punjab government promote it, they shall take steps in this regard. Farmers will get money and youth will be employed," Kejriwal told reporters.

Expressing concern over the increasing pollution in the national capital which has reached to 'severe category', the Chief Minister said, "Stubble can be converted into coal and it can be bought by the National Thermal Power Corporation Limited (NTPC)."

He said that Delhi's image is "not good in the world" when it comes to air quality.

"We all are seeing that Delhi's own pollution is not that bad. Till October 10, the air quality index was in the satisfactory category as there was no stubble burning according to the images shown the National Aeronautics and Space Administration (NASA). Why Delhi people are suffering. We have reduced pollution by 25 per cent. But due to Haryana and Punjab, we are facing such a situation. I am concerned about Delhi's'' people health," he said.

He reiterated that pollution is in the `severe` category in Delhi due to stubble burning from 10 October.

"Smoke in Delhi decreased for three-four days due to rains in Punjab and Haryana. The Supreme Court`s order is not being followed by both the state governments," the Chief Minister said.

Kejriwal said that the Odd-Even scheme can be extended in the city, if required. The scheme has been implemented from November 4 to 15.

It is applicable from 8 am to 8 pm, except on Sundays. The Chief Minister further informed that a Mohalla clinic was inaugurated in Greater Kailash this morning.

Showing happiness over its establishment, Kejriwal said, "Nothing could be greater than the achievement that people of Greater Kailash, who visit hospitals like AIIMS and Forti, are visiting government dispensary.""I am so happy that the Delhi government`s health system is in par with the private hospitals," he said.