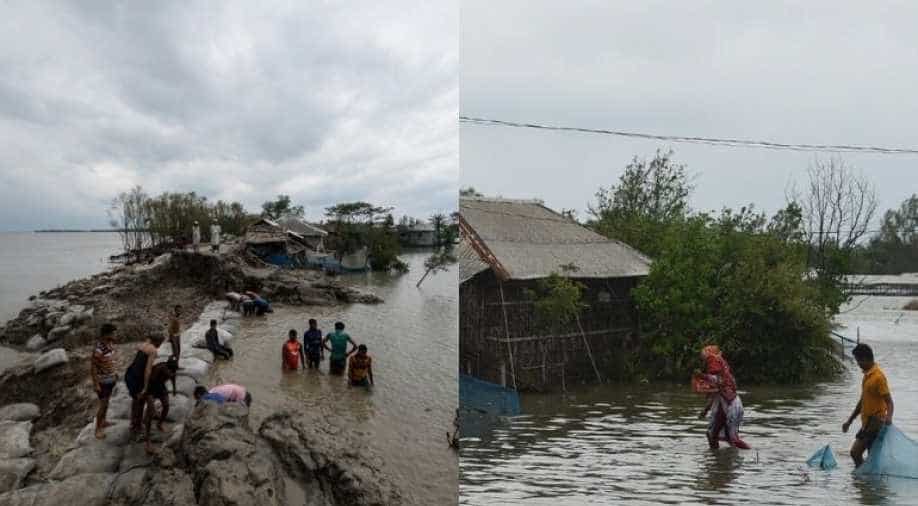 West Bengal chief minister Mamata Banerjee said that she will announce a compensation of Rs 2.5 lakh to the families of those who died in cyclone Amphan

Prime Minister Narendra Modi will travel to West Bengal and Odisha on Friday to take stock of the situation in the wake of cyclone Amphan, the PMO said today.

The Indian prime minister will conduct aerial surveys and take part in review meetings where aspects of relief and rehabilitation will be discussed, the PMO added.

West Bengal chief minister Mamata Banerjee had said today that 72 people have been killed after cyclone Amphan struck the state on Wednesday evening.

"There have been casualties. I will announce a compensation of Rs 2.5 lakh to the families of those who died in cyclone Amphan," West Bengal chief minister Mamata Banerjee said.

"I have never seen such a disaster before. I will ask PM Modi to visit the state and see the situation," chief minister Mamata Banerjee added.

Officials said 12 people died in Bangladesh as the cyclone hit the nation on Wednesday evening.

Meanwhile, NDRF chief SN Pradhan said that a team of the home ministry will visit West Bengal and Odisha to evaluate the damage done by cyclone Amphan.

Pradhan cautioned that the number of deaths and injuries may rise in West Bengal.

"Our two aircraft parked at Kolkata airport have not been damaged, there is some damage to the hangar," Air India said.

"A small private aircraft which was parked in the hangar has been damaged,"  Rajiv Bansal, chairman and Managing Director (CMD) of Air India said.