Pakistan still to take up Indian offer on locust cooperation; both sides to talk under annual mechanism 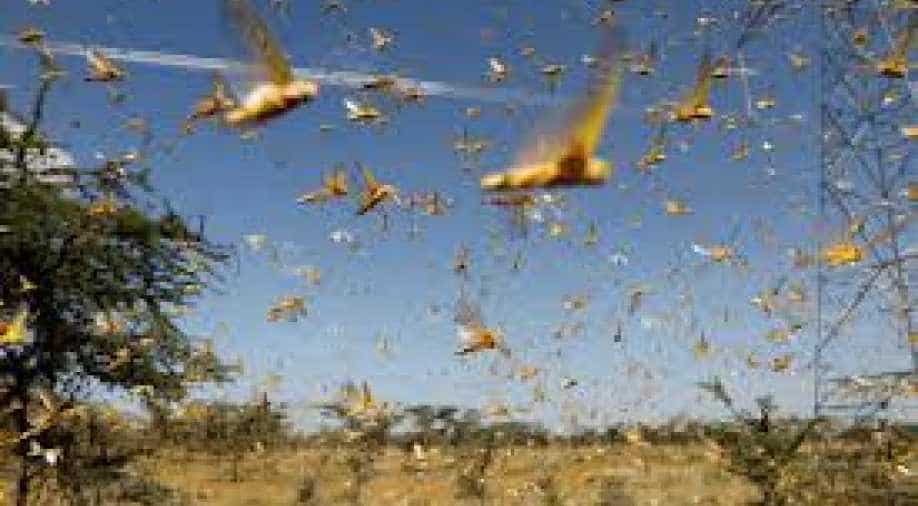 India had requested regular technical meet to happen earlier given the unprecedented scale of the locust crisis but Pakistan had dragged its feet.

Pakistan is yet to respond to India's proposal for coordinated pest control along the border to deal with the locust crisis even as both sides are finally going to have a bilateral meet later this month as part of the annual meet to deal with the pest attack.

India had requested regular technical meet to happen earlier given the unprecedented scale of the locust crisis but Pakistan had dragged its feet.

The India-Pak meeting will be part of an existing institutionalized mechanism to deal with the locust crisis.

Under the mechanism, regular border meetings happen between the locusts officers of the two countries.

Six border meetings between the locust officers led by Plant Protection Advisers of India and Pakistan are held every year (June to November) either at Munabao (India side) and or at Khokhropar (Pakistan side) for exchanging information on locust situation of both the countries.

Wireless communication between Jodhpur (India) and Karachi (Pakistan) is also maintained every year during this period (June to Nov) for exchange of locust information between the two countries.

Pakistan is also yet to take Indian offer to facilitate the supply of pesticide Malathion for control operations on their side. This even as New Delhi has already dispatched consignment of 20,000 litres of pesticide to Iran.

India had also offered to supply pesticide to Iran to carry out desert locust control operations in its Sistan-Balochistan and South Khorasan provinces.

In March 2020, India's minister of state in the ministry of agriculture Kailash Choudhary had participated in a South West Asian Region virtual meeting coordinated by FAO to discuss regional cooperation to combat desert locust problem.

As per the FAO reports, in Iran, hopper bands of the locust which matured along the southwestern coastal plains are migrating to Pakistan and another group of pests are migrating to India from breeding areas in Baluchistan. Reports of locust attacks have surfaced in northwestern India.

The 2019–20 locust infestation has impacted more than 10 countries in Africa and South Asia and Iran, India and Pakistan are currently affected by the crisis.