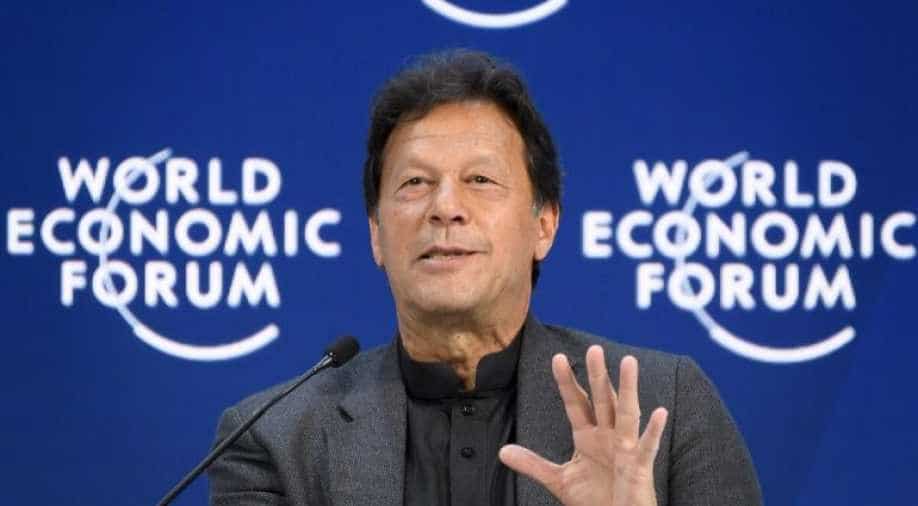 This isn't the first incident of Imran Khan making the audacious correlation between India and Nazi Germany.

Pakistan PM Imran Khan in another desperate attack against India has accused the present government of leading the secular country down to the path of Nazi Germany.

Despite the consistent barbaric attacks on minority and vandalism at the Nankana Sahib Gurudwara in his own country, Imran chose to call India a 'totalitarian, racist state' during an interview at the World Economic Forum meeting in Davos, Switzerland.

Speaking on the sidelines of the WEF in Davos, Imran said that India is following the footsteps of Adolf Hitler.

"I fear that India will change into a fascist, totalitarian, racist state from liberal democracy," Imran added.

Imran Khan made these comments despite knowing that Pakistan has become a hub of sex crimes, child abuse and forced conversions. The shocking incidents of young non-Muslim girls being made to convert to Islam have become a daily occurrence in Pakistan.

This isn't the first incident of Imran Khan making the audacious correlation between India and Nazi Germany. He brought it up in December in discourse to a gathering of Pakistani-American specialists, just as in a tweet back in August. The Pakistani head has been savagely condemning of the new Indian law CAA that would facilitate citizenship to persecuted religious minorities, as well as revoking Article 370 from Jammu and Kashmir.

The CAA seeks to grant citizenship to persecuted religious minorities belonging to Hindu, Sikh, Buddhist, Christian, Jain and Parsi communities who came to the country from Pakistan, Bangladesh and Afghanistan on or before December 31, 2014.