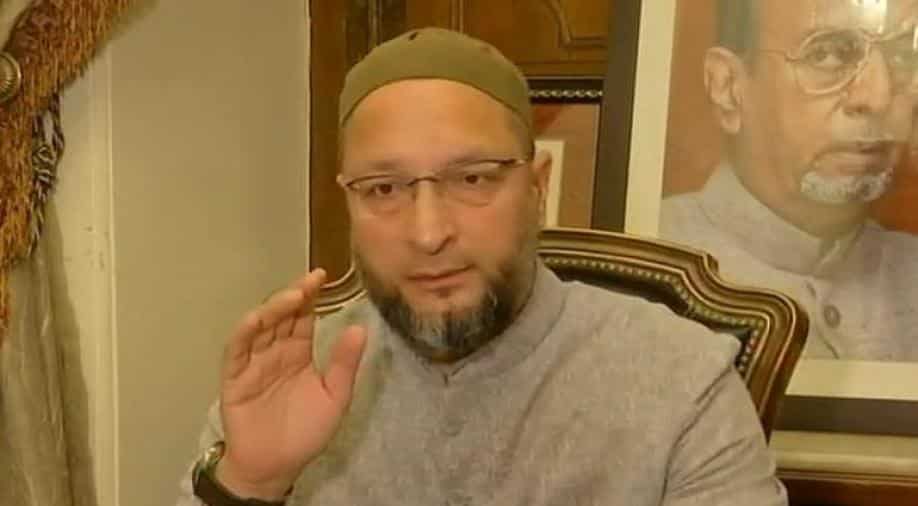 Owaisi alleged that A Maheshwar Reddy called a MIM leader on phone and offered to pay Rs 25 lakh as bribe to stop him from holding the meeting.

AIMIM President Asaduddin Owaisi has alleged that the Congress candidate in Nirmal constituency in poll-bound Telangana attempted to bribe him by offering Rs 25 lakh to cancel his rally in support of the TRS in the town, a charge denied by the latter.

Addressing a public meeting organised by his party in Nirmal on Monday night, Owaisi alleged that A Maheshwar Reddy called a MIM leader on phone and offered to pay Rs 25 lakh as bribe to stop him from holding the meeting. He also claimed to have recorded the conversation.

Rejecting the charge, Reddy termed it as baseless and false and said he would quit politics if Owaisi proved it.

MIM, which is on friendly terms with the TRS, has not fielded its candidate in Nirmal Assembly seat, and organised the meeting in support of the ruling party candidate though there was no formal electoral tie-up between the two parties for the December 7 Assembly elections.

The MIM is contesting eight seats -- all in Hyderabad -- while the TRS is going it alone in the polls to the 119-member assembly. Congress heading a 'grand alliance' of TDP, CPI and TJS has announced candidates for 94 segments.

"Now when this jalsa (meeting) is happening the Congress people tried to buy Asaduddin Owaisi. Maheshwar (Reddy) phoned a MIM leader telling him to stop Owaisi Saheb, (and) will give Rs 25 lakh party fund. I have the recording (of that phone conversation)," Owaisi said at the meeting.

This Congress candidate wants to buy my party for Rs 25 lakh. "Ye log samajthe hain ham apni jamat ka sauda karenge" (these people think we do deal for our party) Rs 25 lakh that is the sign of their arrogance," the Hyderabad MP alleged.

"Why should somebody stop someone's rally. Owaisi has already started campaigning for TRS party and now this man says that he is being stopped with an offer of Rs 25 lakh. Why somebody will offer him Rs 25 lakh and why he will stop," he told PTI.

They were talking of something which was "baseless and false", he added.