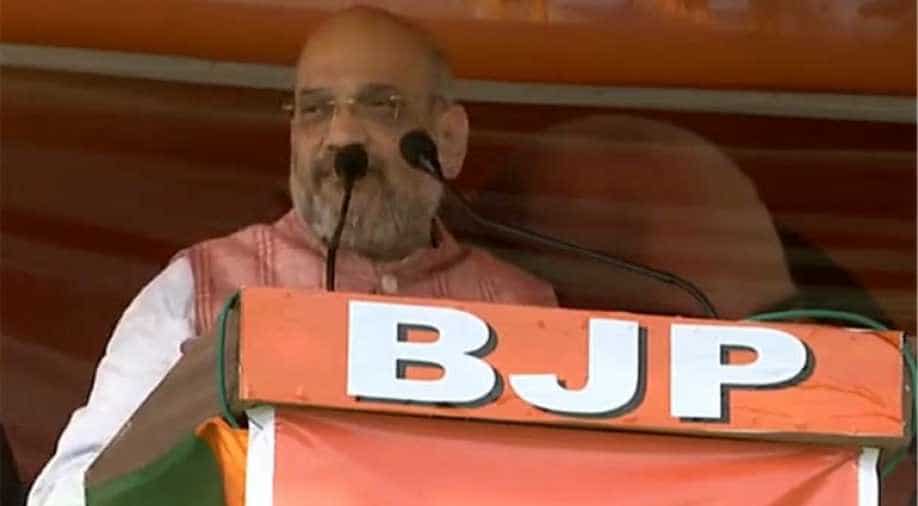 BJP president and Home Minister Amit Shah on Wednesday slammed the opposition parties, saying their effort to raise a ruckus over the imposition of President's Rule in Maharashtra was 'a meaningless exercise to gain public sympathy' and anyone can still approach the Governor if they have a majority to form the government.

Speaking to Smita Prakash, Editor, Asian News International in an exclusive interview, Shah also rejected the accusations that the BJP has betrayed the Shiv Sena.

"We were ready to form the government with the Shiv Sena. But there were certain things of Shiv Sena we could not have agreed," he said.

This is Shah's first interview since Maharashtra's results were out on October 24. The subsequent political uncertainty over the government formation snowballed into a major crisis, which ultimately resulted in the imposition of President's Rule in the state.

Shah said that during the campaign for Maharashtra assembly polls, the BJP leaders including Prime Minister Narendra Modi said that Devendra Fadnavis will continue to be the Chief Minister if BJP-Shiv Sena alliance is elected back to power.

"Nobody contradicted it. Now some mew conditions have come up. We have reservations on this and the party will take a decision at an appropriate time," he said.

"I only want to say that the ruckus over the President's Rule is a meaningless exercise to gain public sympathy and nothing else," he said.

Shah also took a dig at the Congress over its allegations that the President's Rule was imposed in a hurry and its ally NCP was not given enough time to show the majority.

"Probably they do not ask their allies," he said.

Shah said that between 11.30 am and 12 noon on Tuesday, the NCP expressed its inability to form the government by writing a letter to Governor Bhagat Singh Koshyari that they cannot form government till the time given of 8.30 pm.

"After that, there was no point of the President waiting till 8.30 pm," he said.

He said political parties in Maharashtra had eighteen days after the declaration of results to show that they have a majority.

"After the assembly notification, the Governor waited for 18 days," he said, adding that no party or parties came forward to stake the claim to form the government.

"Any party could have approached the Governor. The time to give invitation came after the term of assembly ended (on November 9)," he said.

He said the Governor has to take action after the term of assembly ends and he asked different parties.

"Once assembly is notified, any party or alliance can go to the Governor. What the Governor could have done. Everyone has been given time," he said.

"Even today if someone has a majority, they can contact the Governor and stake the claim," he said.

The Home Minister said the Assembly has not been dissolved but kept in suspended animation.

He said allegations could have been made if the assembly was dissolved.

The BJP and the Shiv Sena got an absolute majority in Maharashtra assembly polls but could not form the government due to differences over power-sharing.

The Shiv Sena had insisted on having the Chief Minister's post for two-and-half-year but the BJP said there was no such agreement.

BJP emerged as the single-largest party with 105 seats followed by Shiv Sena with 56. NCP won 54 seats and Congress 44. Congress and NCP fought the polls in an alliance.