Opinion: Will Kamal Haasan be 'Messi-the-Messiah' for Tamil Nadu? 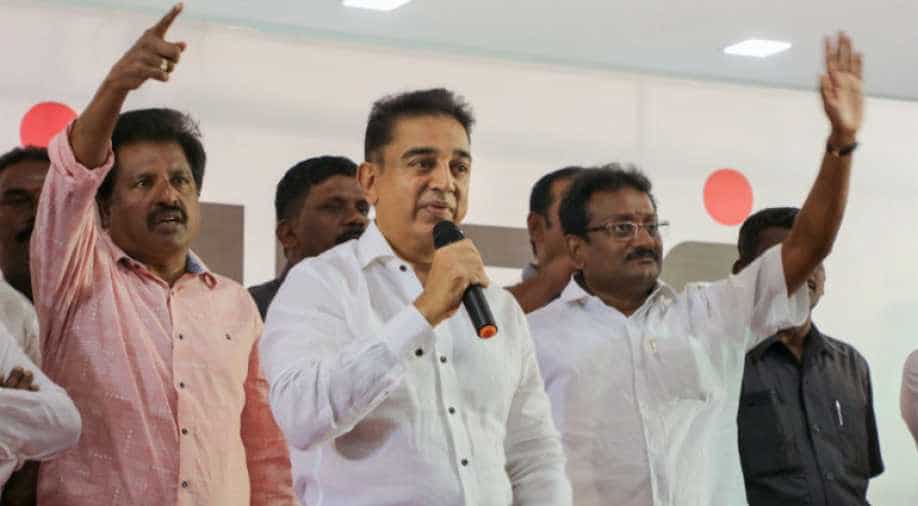 Ever since the death of the charismatic leader Jayalalithaa, what Tamil Nadu needs is a saviour. Will Kamal Haasan be the one?

At times watching the Barcelona star Lionel Messi, you get the feeling that real sporting genius lies in being able to do the outlandishly good every day, to be routinely out of the ordinary.

Messi shrugging off the defenders in conventional fashion, leaving them whirling and stumbling and evading the opponents' attack with a jink, proved repeatedly that he is the best club footballer of his generation still reinventing the elite attacking football.

Ever since the death of the charismatic leader and former AIADMK Supremo Jayalalithaa, there has been a void in Tamil Nadu politics which everyone in the state hoping for a ''Messiah like Messi'' to fill that.

Tamil Nadu has plunged into full-blown crisis following the untimely death of  Puratchi Thalaivi (revolutionary leader), J Jayalalithaa. What followed was crisis after crisis which left everyone bewildered.

Now, with actor Kamal Haasan sowing the seed for his political party at a public meeting in Madurai on Wednesday and Superstar Rajinikanth tossing his hat into the ring in a high-profile fan meet not long ago, there is a glimmer of hope.

Actor Kamal Haasan, who began his political journey from the birthplace of former president A P J Abdul Kalam has never dabbled in politics, unlike the other superstars who have been in and out politics for the last 20 years.

The two superstars of Tamil filmdom kickstarting their respective political journey, there seems to be a light at the end of the tunnel for Tamil Nadu. Though there have always been rumours swirling around Rajinikanth entering politics, both the actors clearly stated that it's ''compulsion of time” that made them enter politics.

Kamal Haasan, like Rajinikanth, has a mass. He is a superstar like Messi in their own domain. The major advantage for an actor like Kamal Haasan is that when you are a superstar with a mass appeal, half of your job is done. But the toughest task for the Makkal Needi Maiam (MNM) and Kamal Haasan is how he and his party play their part in the second half.

Kamal Haasan has his task cut out. The actor has to dribble and often take the ball and shimmy past some strong defenders such as DMK and AIADMK to score. Not an easy task. The actor-turned-politician may or may not succeed. But to leave the Dravidaian stalwarts flailing as he glides past them, the actor-turned-politician needs to be unstoppable and has to be outlandishly good every day if he wants to succeed in the mission he is set out to achieve.

Only time will tell whether Kamal Haasan will turn out to be Messi-the-Messiah that Tamil Nadu needs.