Opinion: Troops are thankful, wish for innovations like AGWSS by Sonam Wangchuk 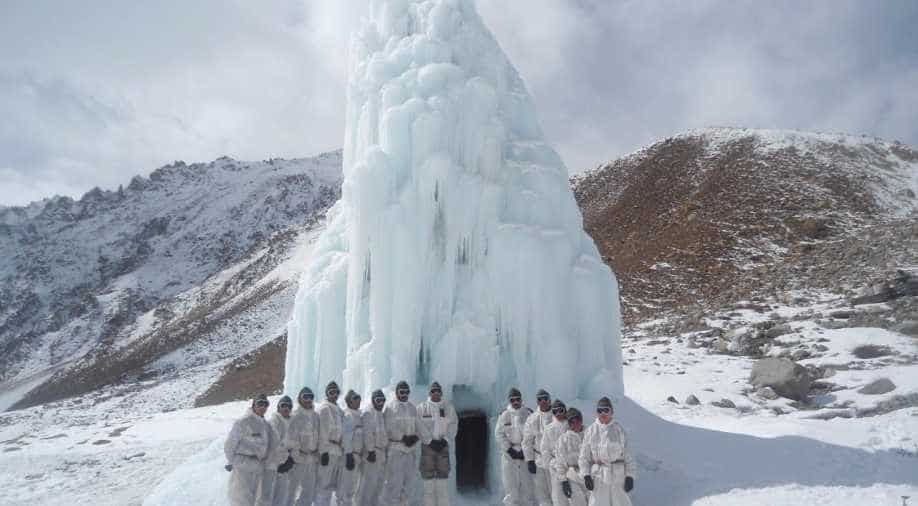 'We use to melt the snow and use the water for cooking and drinking purposes. It tasted flat and tasteless', says Col Danvir Singh. Photograph:( Others )

I recall my Siachen Glacier stint in the year 2003. Largely nothing much has changed ever since when you see things from a distance. But a lot has gone into when you see things up close. One such major challenge of all times was that of the drinking water. We use to melt the snow and use the water for cooking and drinking purposes. It tasted flat and tasteless. More so regular use of this water killed the appetite big time.

On this issue, things have begun to change. All credit goes to the master innovator, Mr Sonam Wangchuk from Leh. This water storage and supply concept appealed to the Brigade Commander of &nbspSiachen Brigade, Brigadier Bhupesh Hada, Shaurya Chakra, so much that he set his team to task. They studied this concept and adapted it to the usage of troops on the glacier.

Today this concept of water storage or rather the Artificial Glacier Water Supply Scheme (AGWSS) has been put into practice at the highest battlefield on the earth at 18,000-22,000 feet.

&nbspWhat exactly is this AGWSS? Let me try and explain.

AWSS basically is developed around the concept of freezing and holding the water that otherwise keeps flowing and wasting away down the subsurface glacial streams throughout the winters.

It comes very handily during the summertime when soft snow has melted away baring the rock hard glacial blue ice. Water becomes a huge challenge especially during the months of May, June and July. The troops go on foot long distances to search for soft snow in shadow areas. They lug it on their backs to melt this collected snow into the water for their daily routine usage. Mind you the height of these operations being above 18,000 feet, oxygen is very low thus making a simple walk of even a kilometre look like a full marathon.

With this AGWSS constructed at such forward posts which are denuded of their water source when the complete soft snow has melted during late summer, a major boon.

AGWSS are developed by freezing stream water vertically in the form of ice towers or cones of 30 to 50 metres (100-165 feet) high and can store a tremendous amount of water. An artificial glacier is formed by piping mountain stream water into a vertical pipe. The stream water is collected from a source at a higher altitude than the storage making the site gravity fed. Because of the simple law of nature that the water always maintains its level, it soon reaches the same height as the source.

Following this simple rule, the stream run-off is pushed all the way to the bottom of the pipe and forces out of the top. The water sprouts geyser-like from the pipe, freezing into a cone of ice shaped like a Stupa. Because of the temperatures as low as minus 40-50 degrees, the water almost instantly freezes as soon as it exits the pipe. Its geometrical shape makes the ice melt slower by exposing the lesser surface area to direct sunlight.

This innovation of Sonam Wangchuk and adaptation by Bhupesh Hada’s team has now resulted in saving many a man hours in collecting the soft snow and melting to convert into potable water. Now the time saved will get dedicated towards operational tasks more meaningfully.

I wish we had such an innovation to our service, the food would have tasted much better, life would have been a little better.

This simple and great innovation should not stop here but extend all the way to our scientific station at Antarctica. &nbspAnd also to other places in our Himalayan region for usage by troops and civilian villages.