Opinion: Kasganj violence is not about nationalism 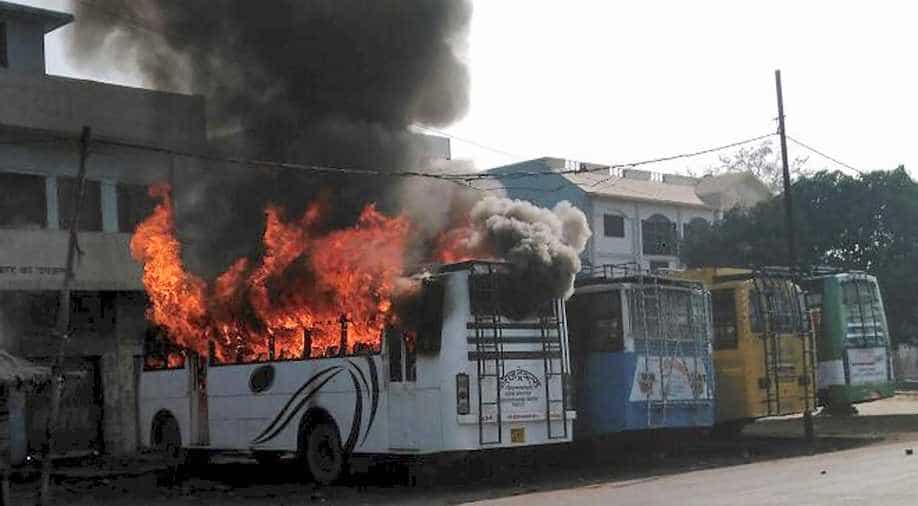 A bus set on fire by a group of people in Kasganj on Saturday. Photograph:(PTI)
Follow Us

Even during pre-partition India, taking out religious ceremonies from neighbourhoods dominated by other communities would pose a serious law and order problem. It was never about spirituality but about who is the first citizen. It was also about idea who should dominate whom. India chose to be a secular country and it was always contested. Kasganj reflects the same contest today but in a much more vicious form where commitment towards nation and community has to be worn on sleeves.

It is not to say that minority community does not indulge in conservatism or violence but Kasganj violence used them as social malice on the physical body of the nation which requires treatment. In the Indian context, the treatment has boiled down to Bharat mata ki jai. The discourse builds Muslim as an alien in nation’s body whose territorial commitment can be doubted as sacred spots of Islam lies our boundaries. So, Kasganj should not shock anyone. It should rather worry people as the flag is being made into a totem pole.

Look at Kasganj events closely. The fight occurred because one group belonging to majority community wanted to pass through an area where minority community had already organised a flag hoisting programme. The purpose it seems was not to hoist the flag but to hector the Muslim majority area by sending a message that patriotism has to be worn on your sleeves. The end result was tragic. Chandan lost his life.

Under the circumstance, the administration should give the strictest punishment to the killer who cannot use altercation as a pretext to kill someone. The killer should be made an example that the law of the land does not pamper minorities.

What is ironical is that his killing is being compared with Akhlaq, Pehlu Khan and Mohd Afrazul.  The first two were lynched over the beef issue and Afrazul was burnt to death for the fact that he was a Muslim. In Kasganj case, it was about an altercation between two groups where one wanted (Muslims) to wind up their flag hoisting ceremony so that they could go around shouting Bharat Mata Ki jai for political purpose. If there was any shade of patriotism then the bikers should have participated in the already unfolding programme.

Kasganj is a politics of self-righteousness where the commitment of Muslims towards the nation is a suspect. This brings us to three issues. First, the minority politics done by the Congress for years created a climate where the majority felt ignored and the political space was successfully captured by the BJP. Secondly, it points to the absence and bankruptcy of the Opposition which has not been able to differentiate between Hinduism and Hindutva in its daily discourse. Lastly, I hope political catharsis of the majority community does not lead to a situation where we caste Hindus end up creating a mirror opposite of Pakistan. That would be horror.