Opinion: India and Israel see a new era of brotherhood 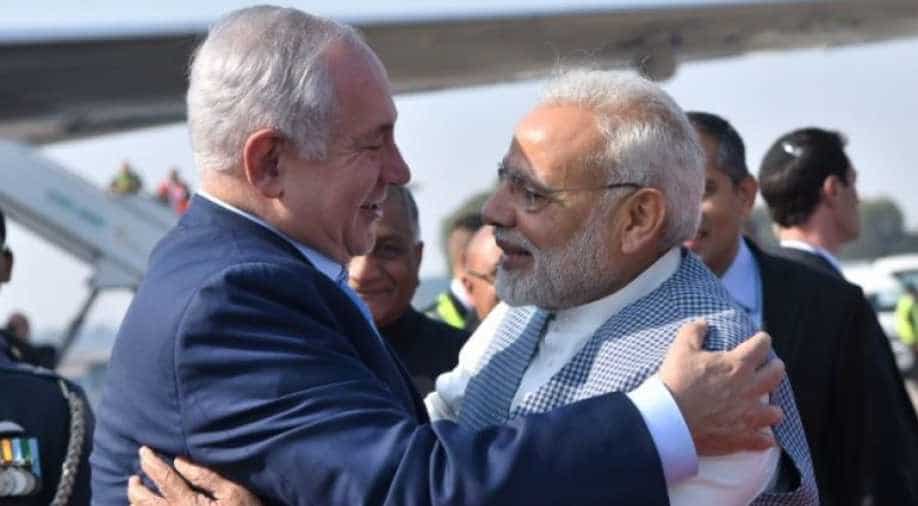 In 1924, When Mohammad Iqbal wrote the famous song “Sare Jahan Se achcha”, he mentioned in one of the stanzas:

Which means our enemies have been attacking us for so long but there is something in us which ensured that our existence is still there and not finished like many other civilisations, including Greece, Egypt and Rome.

When I met some of my Israeli friends a few years back and tried to understand their struggle, I realised that that this line is not only applicable to Indians but also on Jews. When I read out the verse written above to them, one of them was so impressed that he noted it down in his diary. He told that it is written for the Jews who like Indians were repeatedly targeted and once was on the verge of extinction. The brave communities of both countries bounced back and now counted among the top superpowers of the world.

We recognised the country in 1950 but could not make much headway till the end of the twentieth century thanks to the political mindset of our leaders who thought that by supporting Israel they will lose their Muslim vote bank and this jeopardised the relations for many decades.

Prime Minister Nehru was so much concerned that he did not even allow Israel to open a consulate in Delhi, and permission was given only for a small office in Bombay. India opened its embassy in Tel Aviv as late as in 1992. Since then the relationship is progressing and growing rapidly. Today Indo- Israel partnership has reached the level where India is the biggest importer of military equipment from the Middle Eastern country.

The current visit of Mr Benjamin Netanyahu, the Prime Minister of Israel, is in clear response to the visit of Mr Narendra Modi to their country in July 2017 which was the first ever visit of an Indian prime minister to Israel. Indian prime ministers did not visit one of the superpowers of the world in the 67 years of recognising it. Despite repeated attempts by Israel to establish the relations, our previous governments have been silent on this.

The visit of Mr Netanyahu is important because it is the second visit of an Israeli prime minister to India after 2003 visit of Ariel Sharon.

As we know Mr Benjamin Netanyahu is a former soldier and that too from the elite Special Forces of Israel called Sayaret Matkal. He had multiple battle injuries during his duties and, despite all that, topped his courses at Harvard and then at MIT. He further carried the reputation built by his brother Yoni Netanyahu who was the commander of Operation Entebbe and died during an action.

Interestingly, Benjamin commanded the same Sayaret Matkal Unit years later. He is a fourth time prime minister out of which last three terms have been consecutive since 2009. Being a Special Forces Operative, he is a man of strong will and understands the importance of Indo- Israel relationship well.

Today a large inventory of India’s military equipment comes from Israel which includes almost 80 per cent of its unmanned aerial vehicles, upgradation suites for its aircrafts, anti-aircraft missile systems, high- tech communication and surveillance equipment, Phalcon AWACS and many more.

The intelligence sharing agreement between the two countries has been there in place since long. RAW and MOSSAD had not only been sharing valuable intelligence but also conducting joint operations at few places.

So, what is the future of the relationship now?

Both the countries share the long history and represents the two oldest religions of the world. Most of the cultural aspects are also same. And the most important aspect is that both the countries are facing trouble due to radical and fundamentalist Islam. Both saw the worst face of terrorism for long and both country has capabilities and desire to uproot the terrorism from the globe.

Unfortunately, the start of the relationship was quite late. It started during the NDA regime of Mr Vajpayee and flourished after Mr Narendra Modi took over. It was evident from the words of Mr Netanyahu when he received Mr Modi in July 2017 that “We have Been waiting for you”. The announcement had a ring of truth as previous governments did not understand the importance of the relations.

Israel despite all this, supported us in the wars of 1965, 1971 and during Operation Vijay in 1999 with much needed political support and military aid. Israel has continued to provide us with a reliable alternative to Russia when it comes to defence production. It is helping India develop its own technology in support of the Make in India Campaign. The emerging ties between India and Israel has caused panic among Pakistan and China, while the voices from Middle East countries have been muted.

The bilateral relationship is based on three crucial areas of cooperation: Defence, trade and politics. In each of these arenas, relationship with Israel is paying rich dividends. While the defence cooperation has reached about 9 billion USD, the trade between the countries has crossed 5 billion USD. The third aspect of political connect was clearly visible when Mr Modi broke the protocol to receive Mr Netanyahu on 14th January 2018.

It is expected that the relationship will grow more in the economic and in the educational sector where there are endless opportunities. We have a wide canvas to colour and it depends upon the outlook of the government as to what kind of future it wants. The future of Indo-Israel relationship is bright and shining.